Alex and Nick are joined by Jimmy Nguyen, executive producer of the documentary Showrunners, to discuss independent producing, collaborating with other creatives, and lessons he’s learned over his years working in Los Angeles.

What is the role of a producer? How did the documentaries Showrunners and Barista came to be? How does he approach creative and professional collaborations? What are some tips to getting started and networking properly?

The Paper Team gets good at the ask…

1 – Moving to Los Angeles, connecting with people, and getting involved in Showrunners (00:37)
2 – Working as an independent producer, their collaborative role, and helping make Showrunners/Barista (08:39)
3 – Inspirations and other projects (38:04)
4 – Tips and advice for aspiring producers (47:15)
Resources and Next Week On (53:48)

A great little gem of a film.

Is it just me or is nothing major happening in el biz?
I mean, besides all the layoffs.

Since I don’t have much to talk about, I’ve decided I’ll blog about a never-ending supply of epicness and failures all-in-one: me!

Anyway, I had these few weeks what some might call bad luck, others good luck.
I call it even. 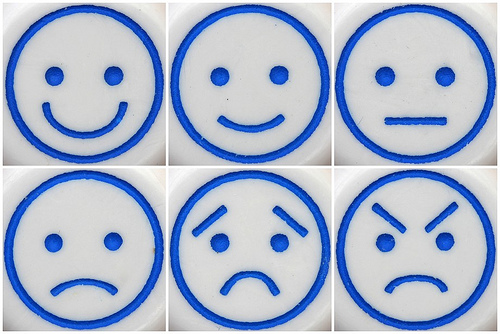 On the one hand, I had very bad things happening to me, like loosing all my computer data (still no news on when, or even if, I’ll get it back, and for how much).

But on the other, some great stuff is going on.
Next week for instance I’ve arranged an interview (by phone) with Carlton Cuse & Damon Lindelof (mainly for Lostpedia).

I’m also getting my V.I.P. Pass later this month for both the Lost and Battlestar Galactica events over at Paris’ Jules Vernes Festival, with respectively, again Damon Lindelof and Carlton Cuse for Lost, and James Callis, Mary McDonell, and Jamie Bamber, for the BSG panel.

It’s also a strong possibility that I’m going to Cannes for the Film Festival and the Short Film Corner in May (although the price for an appartment over there during that time is a jaw-dropper, so it’s not yet locked).

Obviously I’ll try to report on all of those events in due time.

In the meantime, I’ll let you go back to your life (I can’t believe you read that post entirely!).