How I Survived the 62nd Cannes Film Festival – Episode III

You’ve been anxiously waiting for this post since 4 days ago, and now here we are.

Episode III: Revenge of the Films
The following takes place between Thursday, May 21, and Sunday, May 24 2009.

Thursday 21:
After such an exciting night, I sleep during the morning.
In the afternoon, I enjoy a delicious beverage at the American Pavilion.
I then go to the Salle du Soixantième to see Alain Resnais’ Les Herbes Folles. 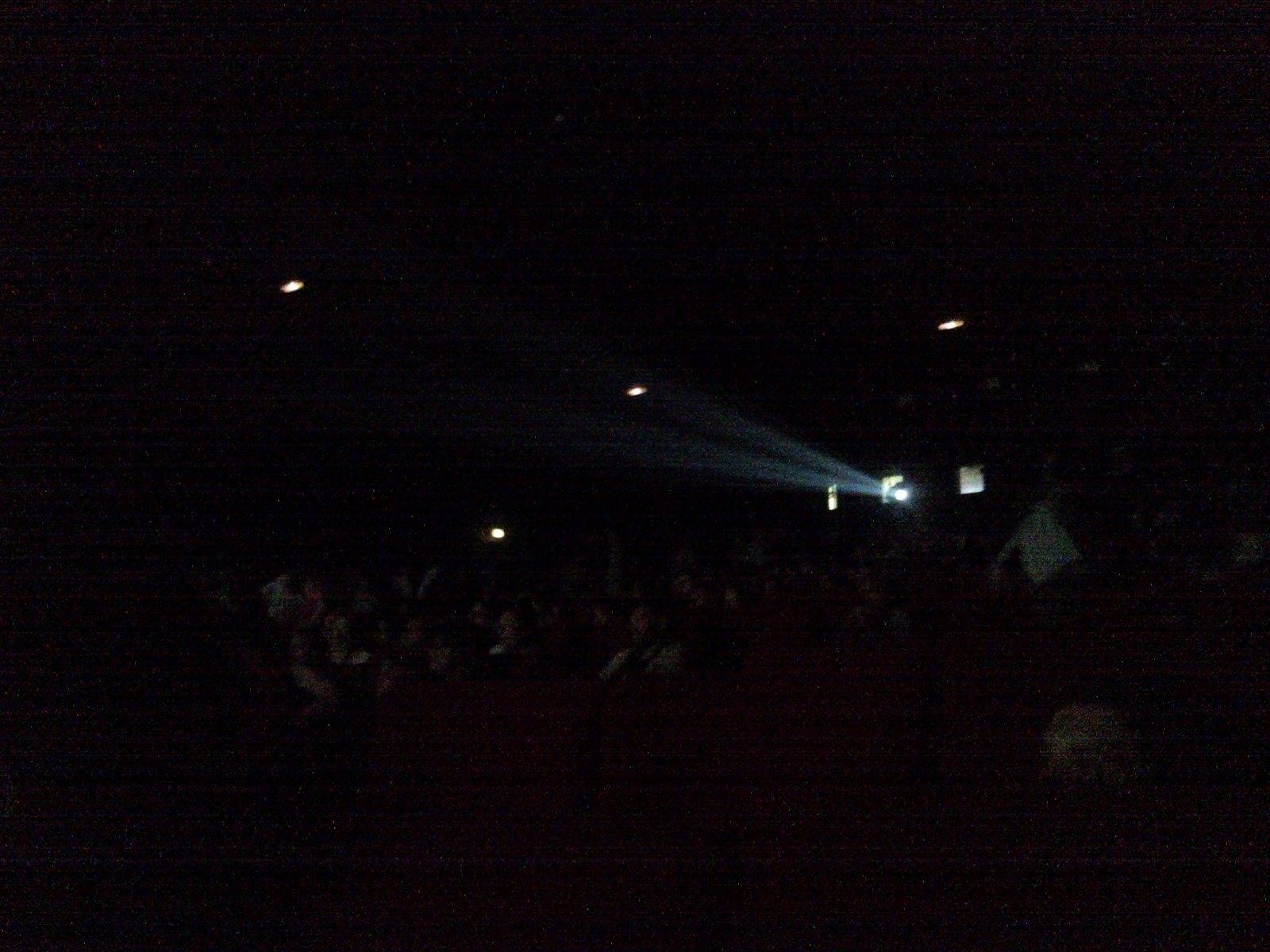 I unfortunately haven’t seen much of Resnais’ work, but his latest movie was at the very least fun to watch.
Later that evening, I witness a drunkard swimming in a fountain. 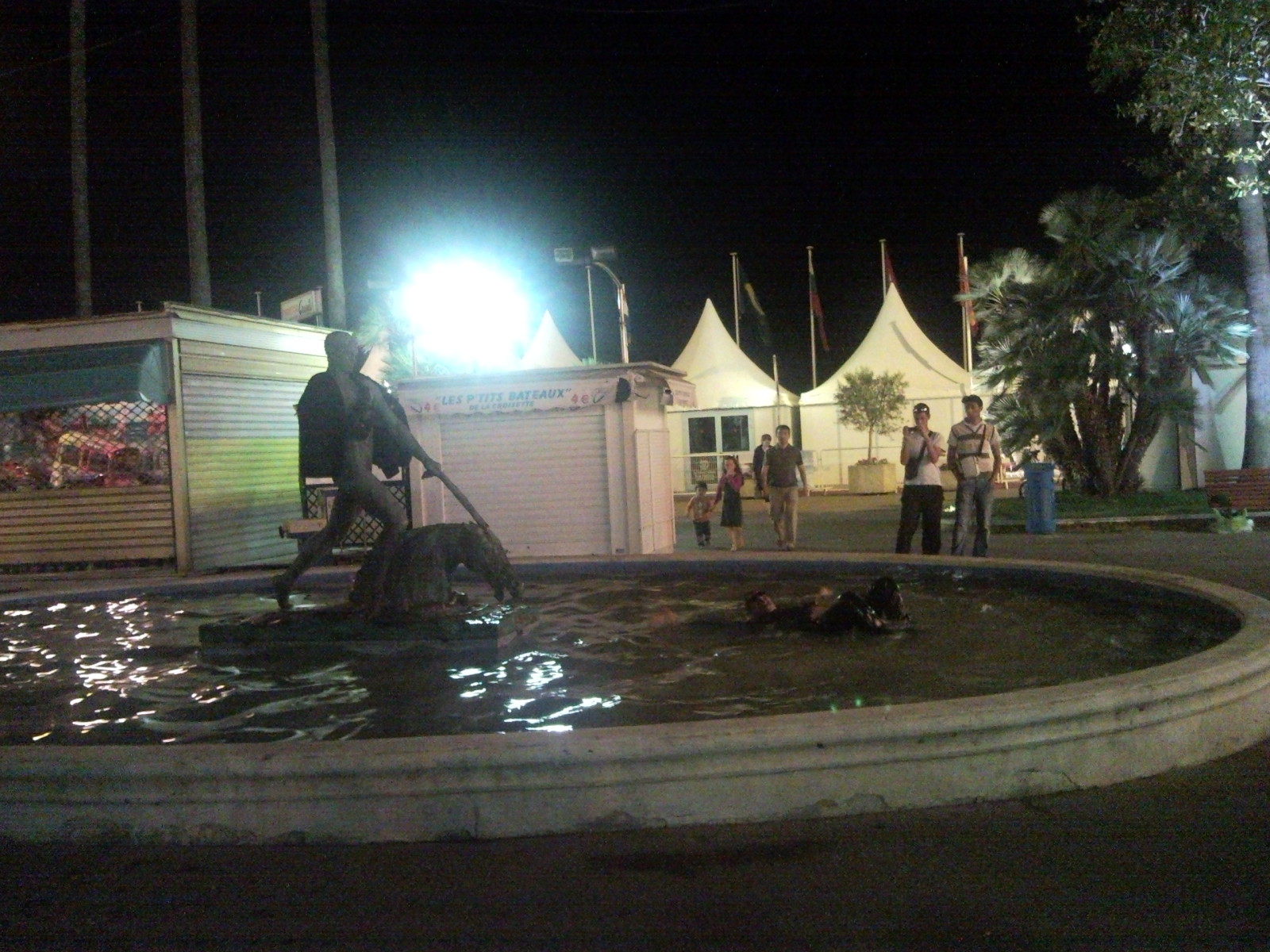 Friday 22:
Yet again, I wake up very early to go see Terry Gilliam’s The Imaginarium of Doctor Parnassus. I’m even lucky enough to be seated near the middle of the Grand Palais to witness this amazing movie. 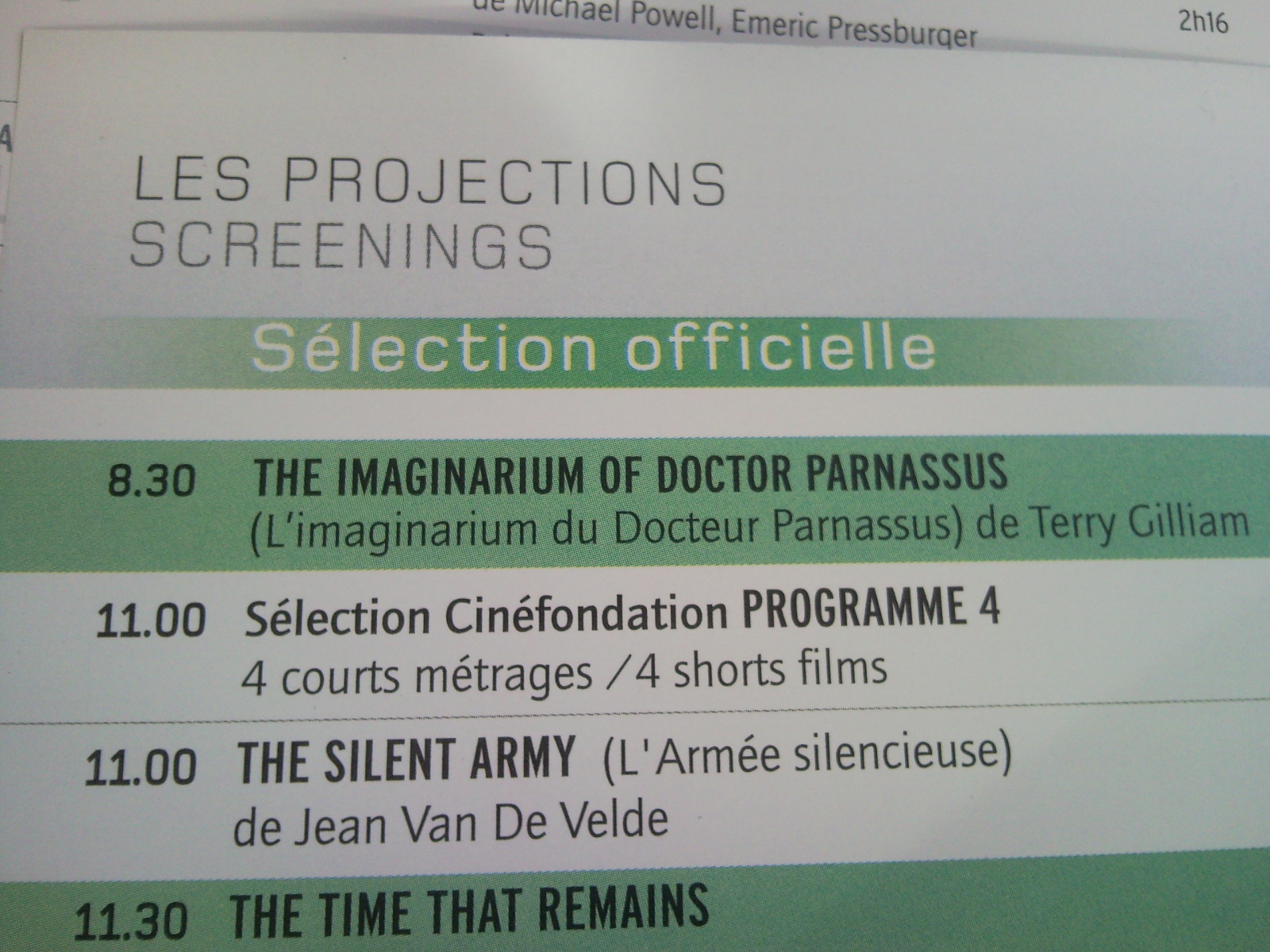 As many of you know, this was Heath Ledger’s last film as he died during production and therefore unfortunately didn’t get to finish all his scenes.
What I didn’t know however was how much of said scenes had he not completed.
Turns out, he had finished almost all his scenes. The only ones missing were the “magical” ones so to speak.
The transitions between the “magical” elements of the story and the real world are therefore seamless, and if one didn’t know of the tragedy going on behind the scenes, then one might not have guessed that the change of actor wasn’t planned beforehand.
What I’m trying to convey through this complex sentence is that the end product is great.
Heath Ledger’s introduction in the movie though is…creepy, to say the least. 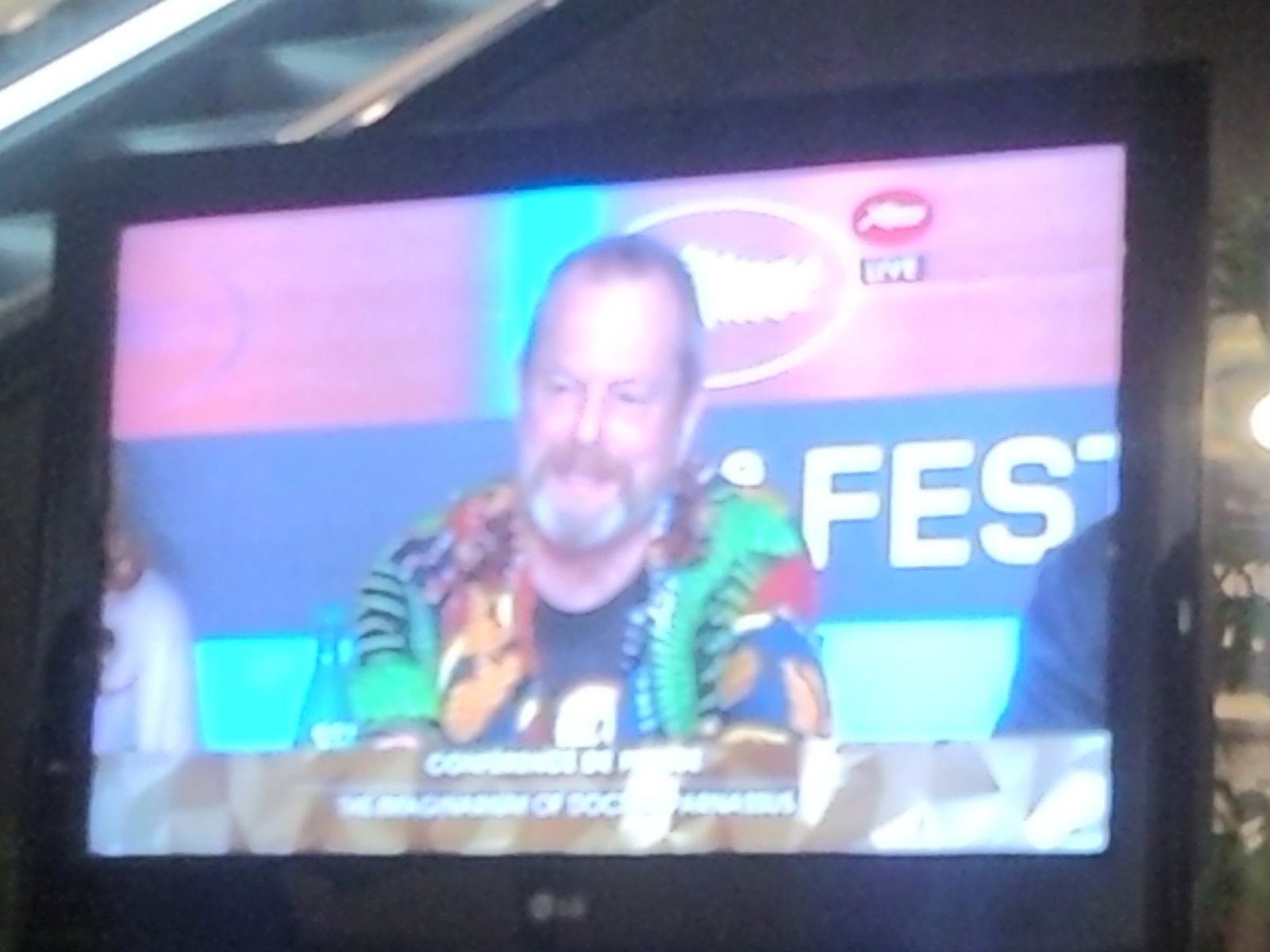 After that, I hang out a bit inside the Grand Palais to see the press conference for Imaginarium.
Then, it is time to see future-Palme d’Or winner, Haneke’s Das Weiße Band. 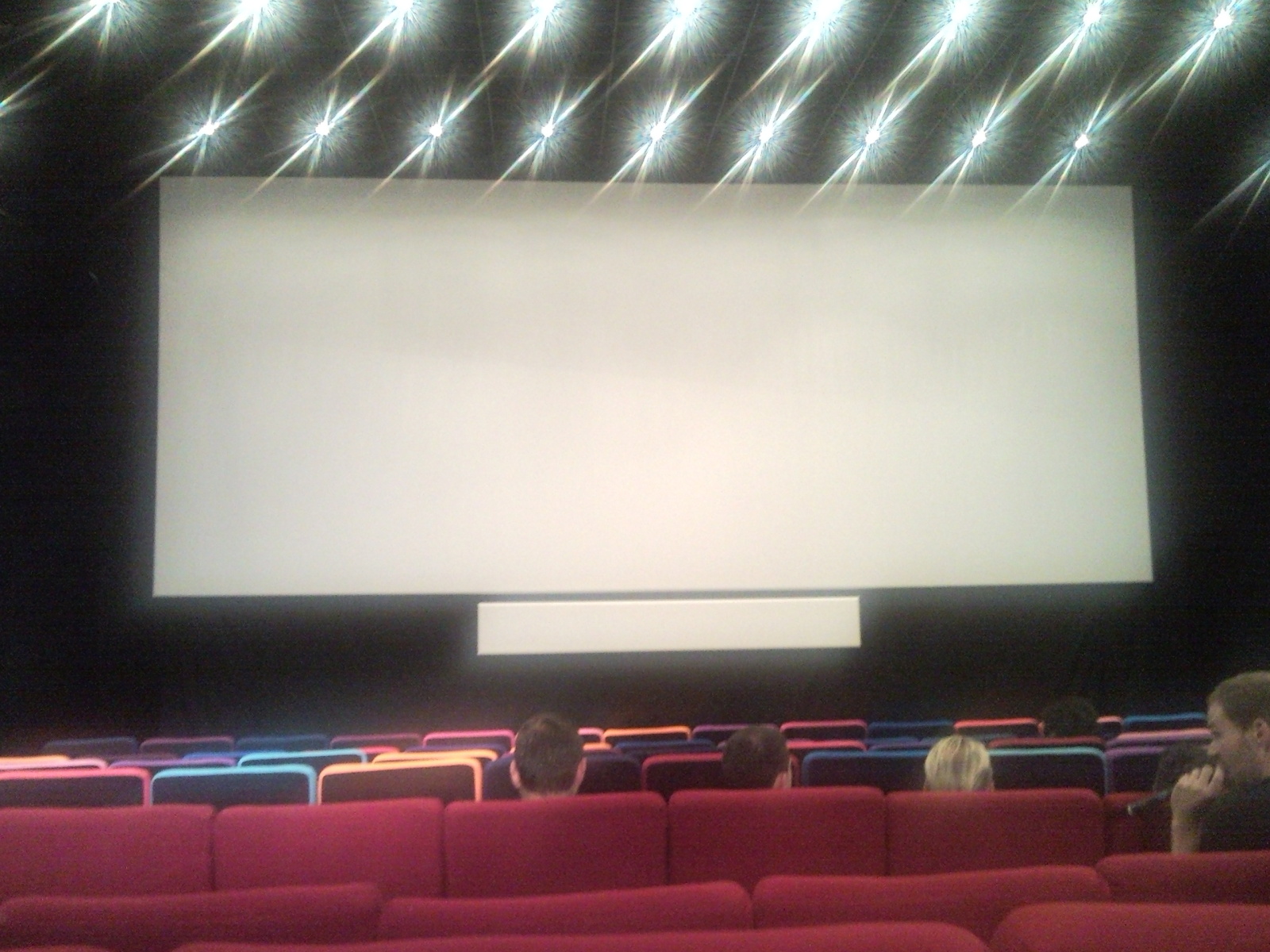 Bottom line: a very undeserving movie to win the coveted prize.
The story is about a remote village in Germany set just before the first World War. Strange events are happening involving the children.
When reading this, you kinda expect a cross between The Village and The Damned, or at least something that will keep you awake for 2 hours and 20 minutes.
Guess again.
First, virtually nothing happens in the span of 144 minutes. There’s like two deaths at the beginning of the movie, and that’s it.
Second, when I mean nothing is happening, I also mean that the dialogue could fit in 3 pages.
And last but not least, don’t expect any answers to any of the questions raised in the movie.
Yeah, Huppert definitely was the one that forced the Palme d’Or on Haneke.
Later that evening, I went back to the Grand Palais to see Elia Suleiman’s The Time That Remains. 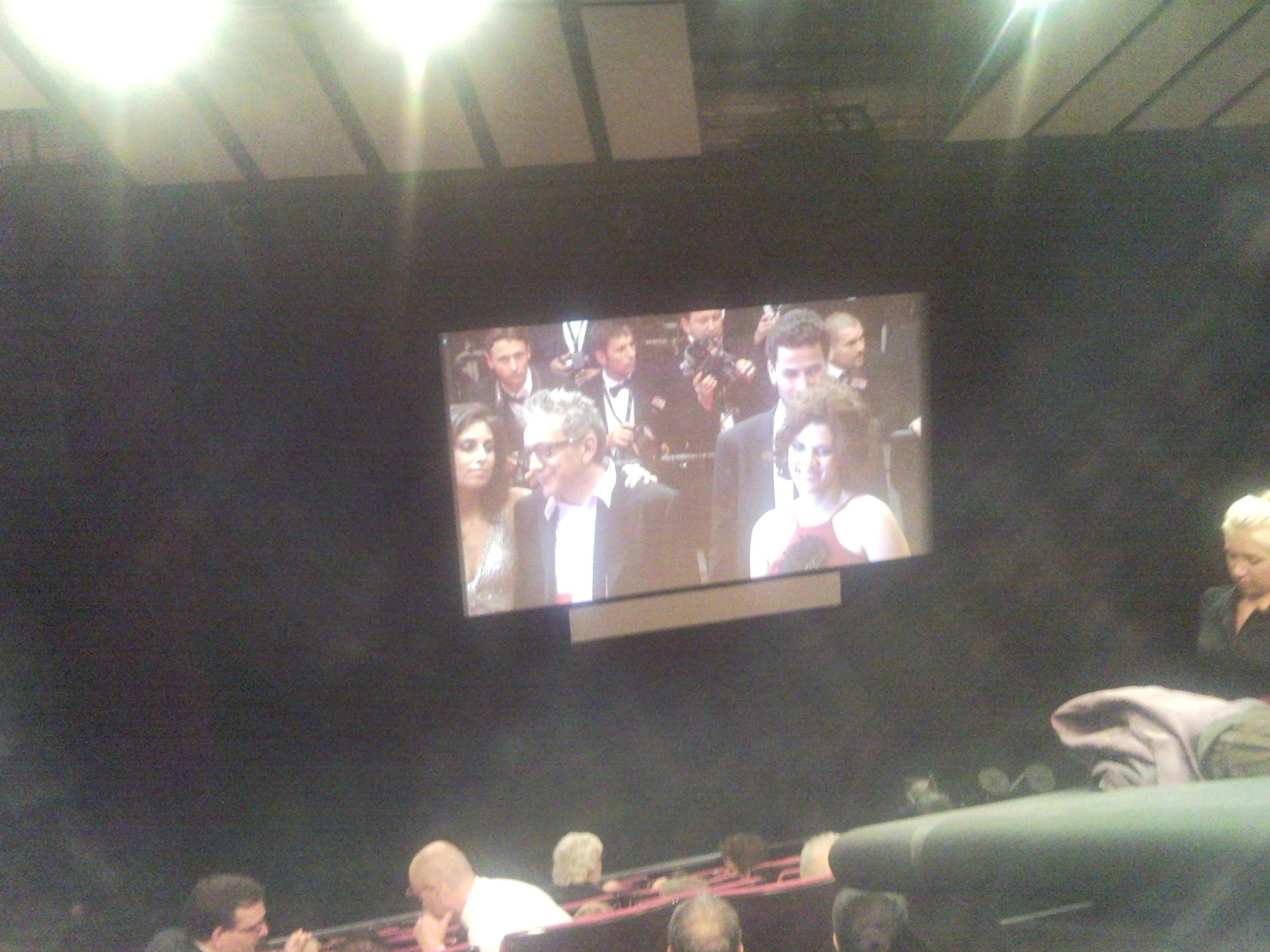 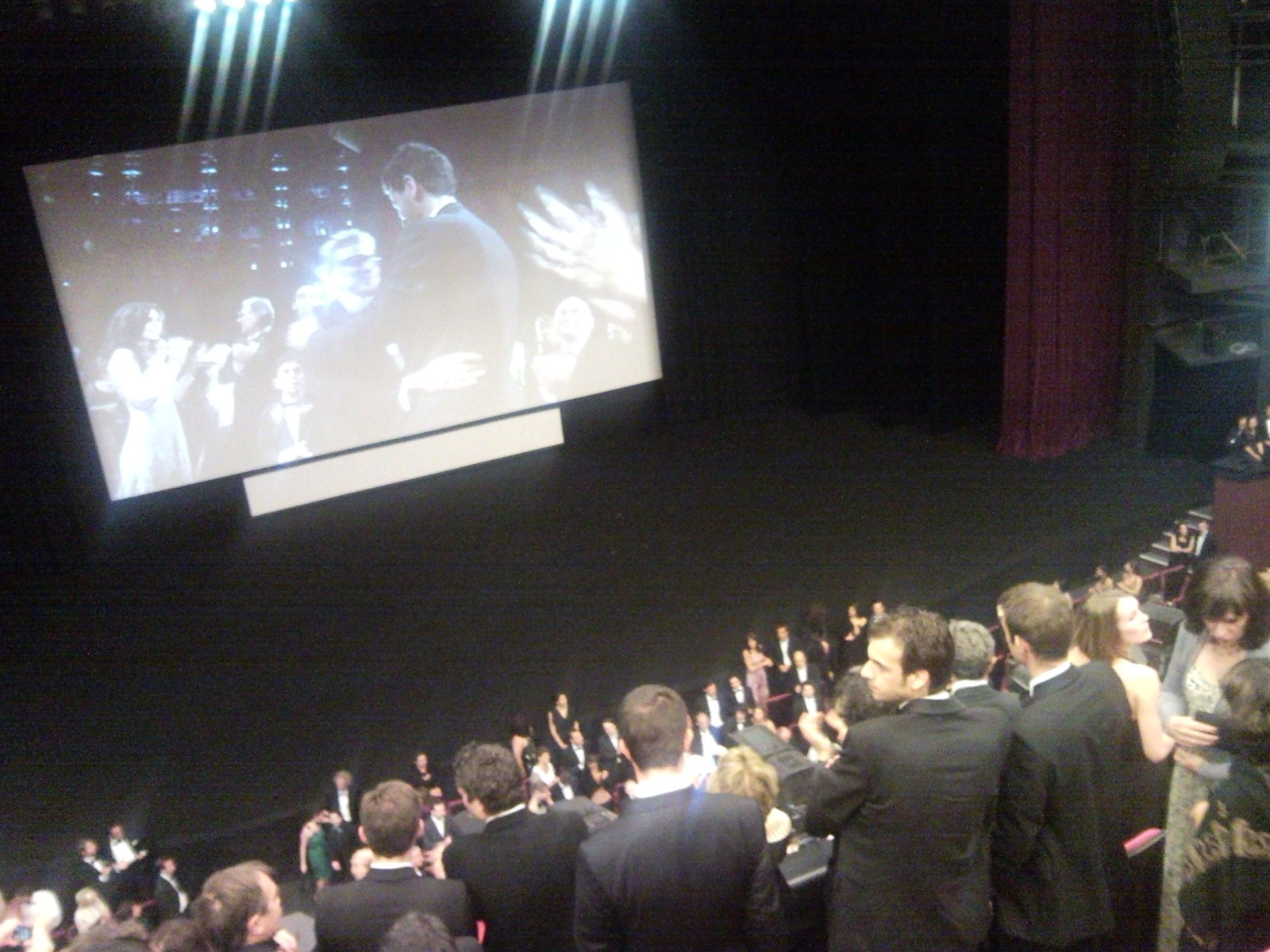 Although clearly biased(especially in the first part), the movie had some great visuals and was fairly entertaining.
After that, the day was pretty much over.

Saturday 23:
The clock is ticking away… 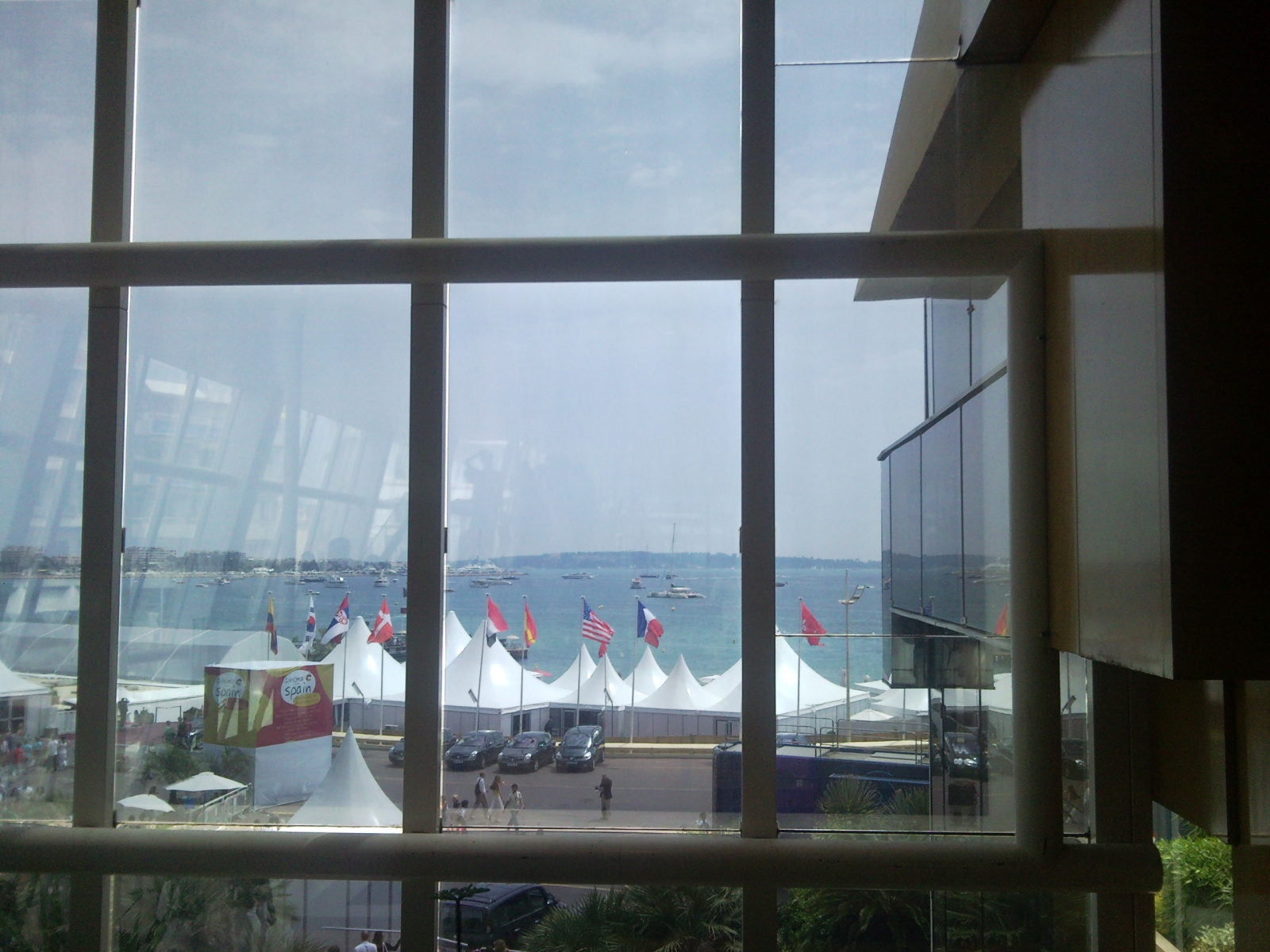 Not much tangible action is happening this day, besides me seeing Gaspar Noé’s latest movie, Enter the Void.
The first 90 minutes are absolutely stunning. The visuals and the storytelling of this movie are absolutely mesmerizing, I would even dare say ground-breaking in some ways. The last part of the movie however is strange, too long, and a bit disappointing. 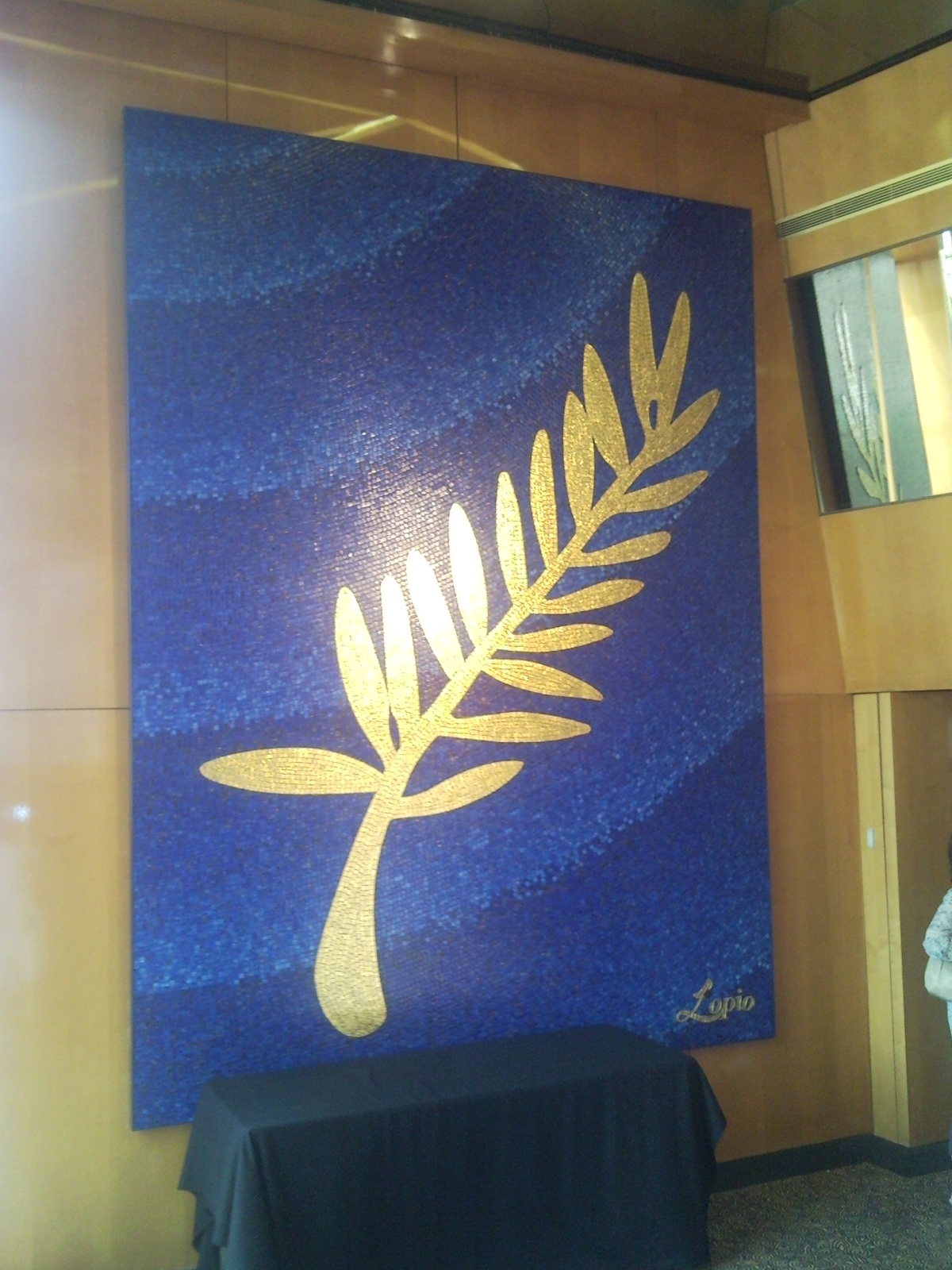 I then go see Isabel Coixet’s Map of the Sounds of Tokyo which, despite my sleepiness, was quite enjoyable. 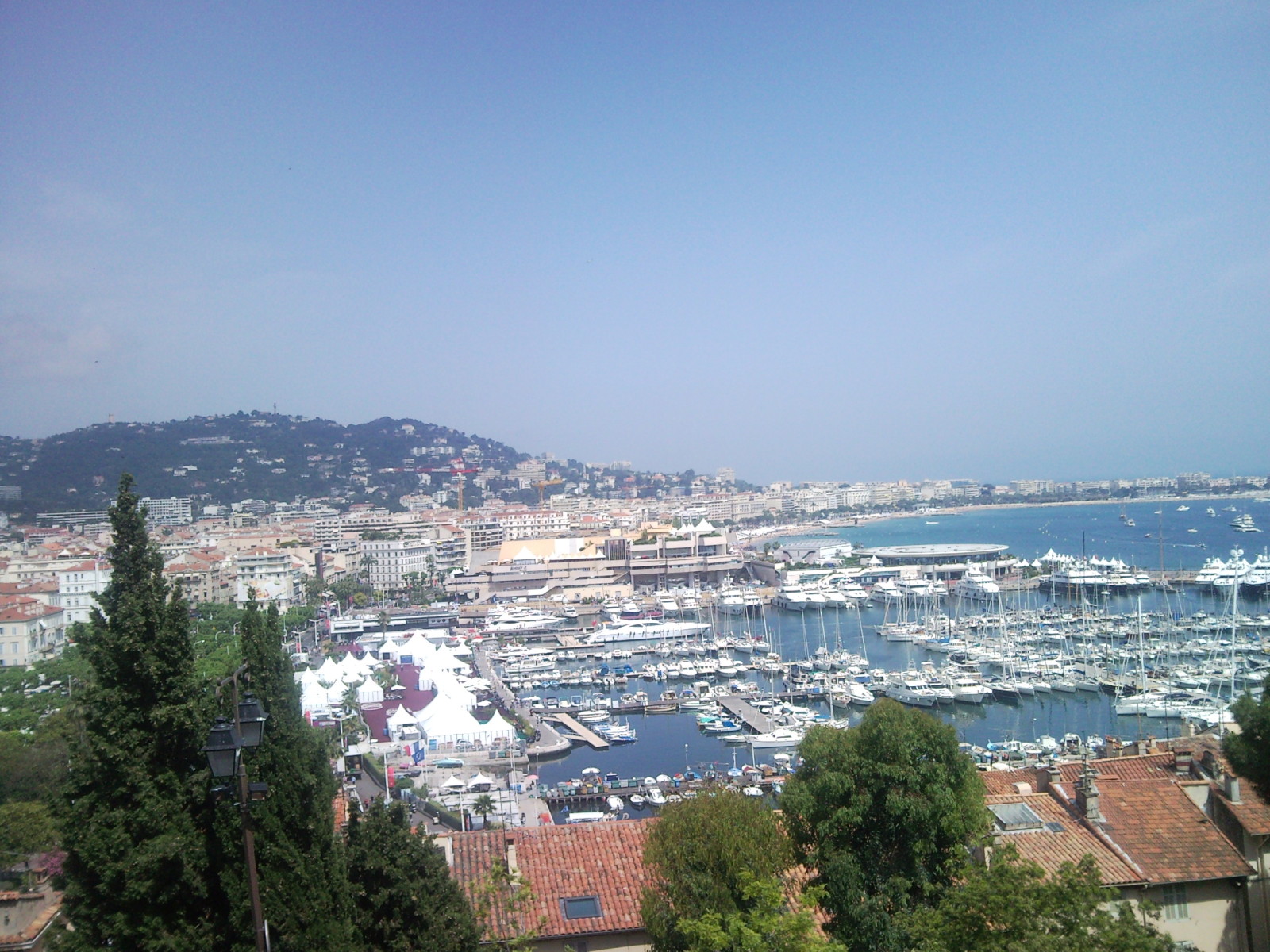 I’m also enjoying the magnificent scenery while I still can.

Sunday 24:
Here it is, my last day in Cannes.
I finally get to see Audiard’s A Prophet.
The selection this year was so poor that as soon as a good movie comes, everyone starts to drool.
Nonetheless, the movie is indeed pretty good. 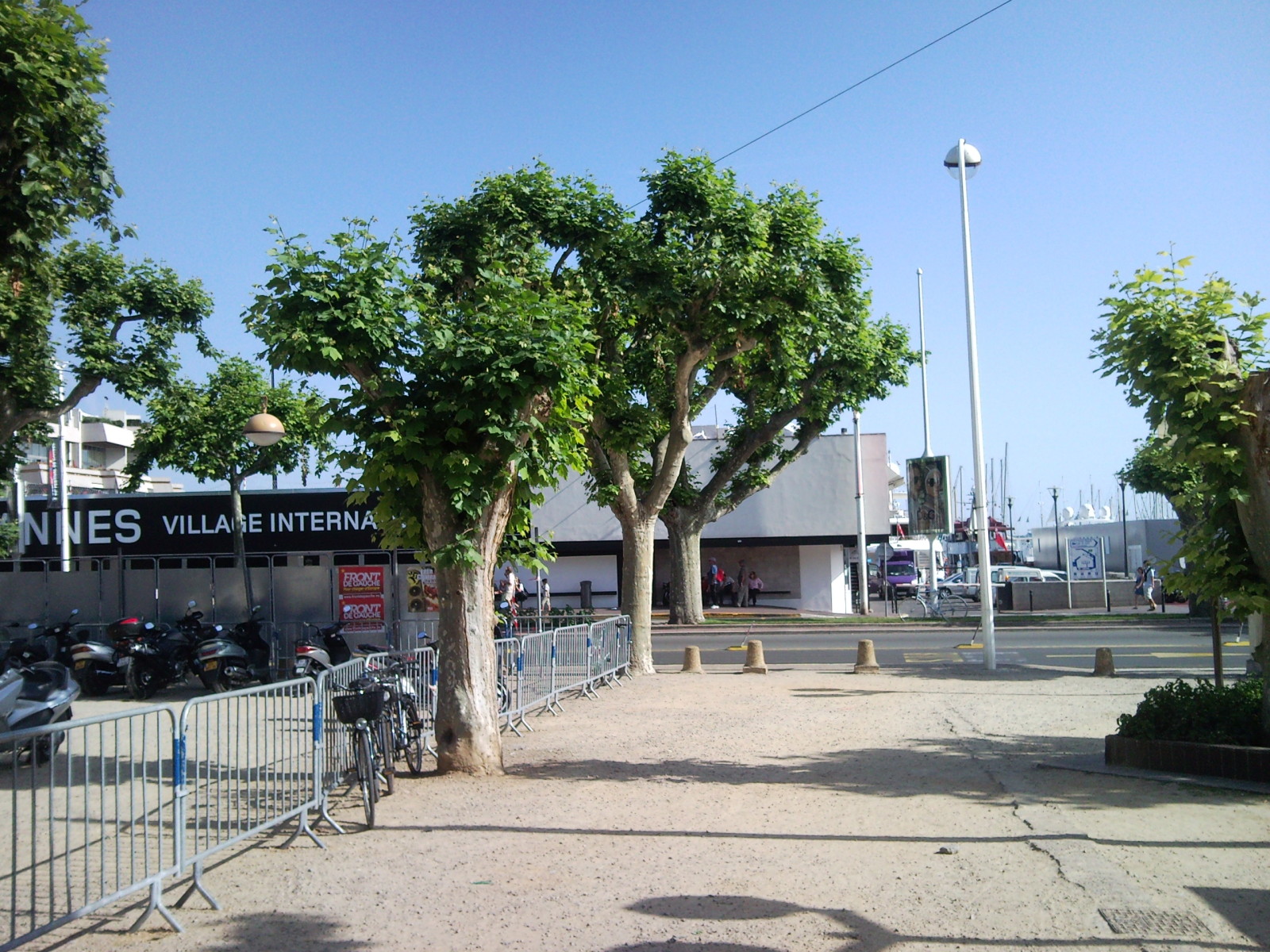 Meanwhile, the streets are pretty much empty.
More or less everyone is gone.
I’ve heard that around 50 000 people come each year just for the Festival.

And now, time to take the train.
Goodbye Cannes.

Overall, a great experience. I invite everyone to try doing the Festival at least once in her/his own life.

Back to our regularly scheduled programming…

How I Survived the 62nd Cannes Film Festival – Episode II