I came into this world half-French and half-British, so it’s only natural that I go through my Historical evolution and finally become an American.

My path to being able to live and work in the US has been well-documented.
Long-time readers of TV Calling will remember that I chronicled in 2008 and 2009 my long journey to getting my green card–after having won it at the DV “Diversity” Lottery.

“Frenglish” was how I described myself in the very first post of this website.
Today, I became Frenglican.
(What a mouthful.)

After a six-month process that began in late 2015, the final step towards citizenship occurred this morning with my US Naturalization Oath Ceremony.
The letter instructed me to show up at the Los Angeles Convention Center at 8AM. We were quickly ushered into a security area which led to a giant hall.

It all took place in the same location where, barely a month ago, I was lining up to get my WonderCon professional badge.
Speaking of, the line for registration here was much faster than con registration–despite about 3,000 people checking in at the same time.

Another fun fact: the convention hall was temporarily classified as a court, so that the judge presiding the ceremony could legally swear us into becoming ‘mericans. 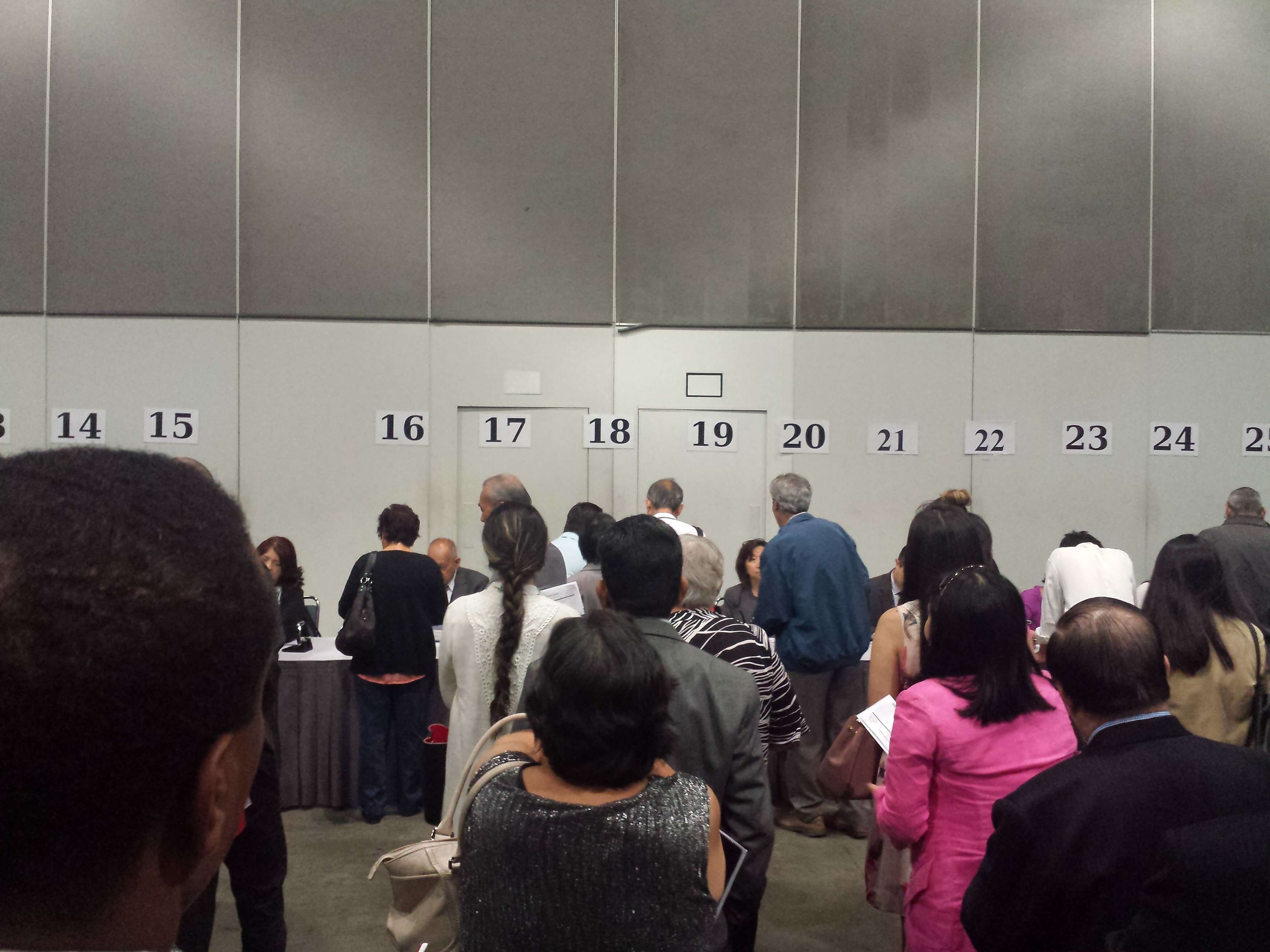 After documents were taken care of, and we were handed a flag to wave, we took our seats (waiting for all 3,000+ people to be present and accounted for).

The judge was brought up. He made us rise and take the oath.
We sat back down as Americans.

Multiple speeches followed.
We were informed over 3,000 people were becoming citizens, with the top five countries represented being (in order): 1) Mexico, 2) Philippines, 3) Iran, 4) China, and 5) El Salvador. 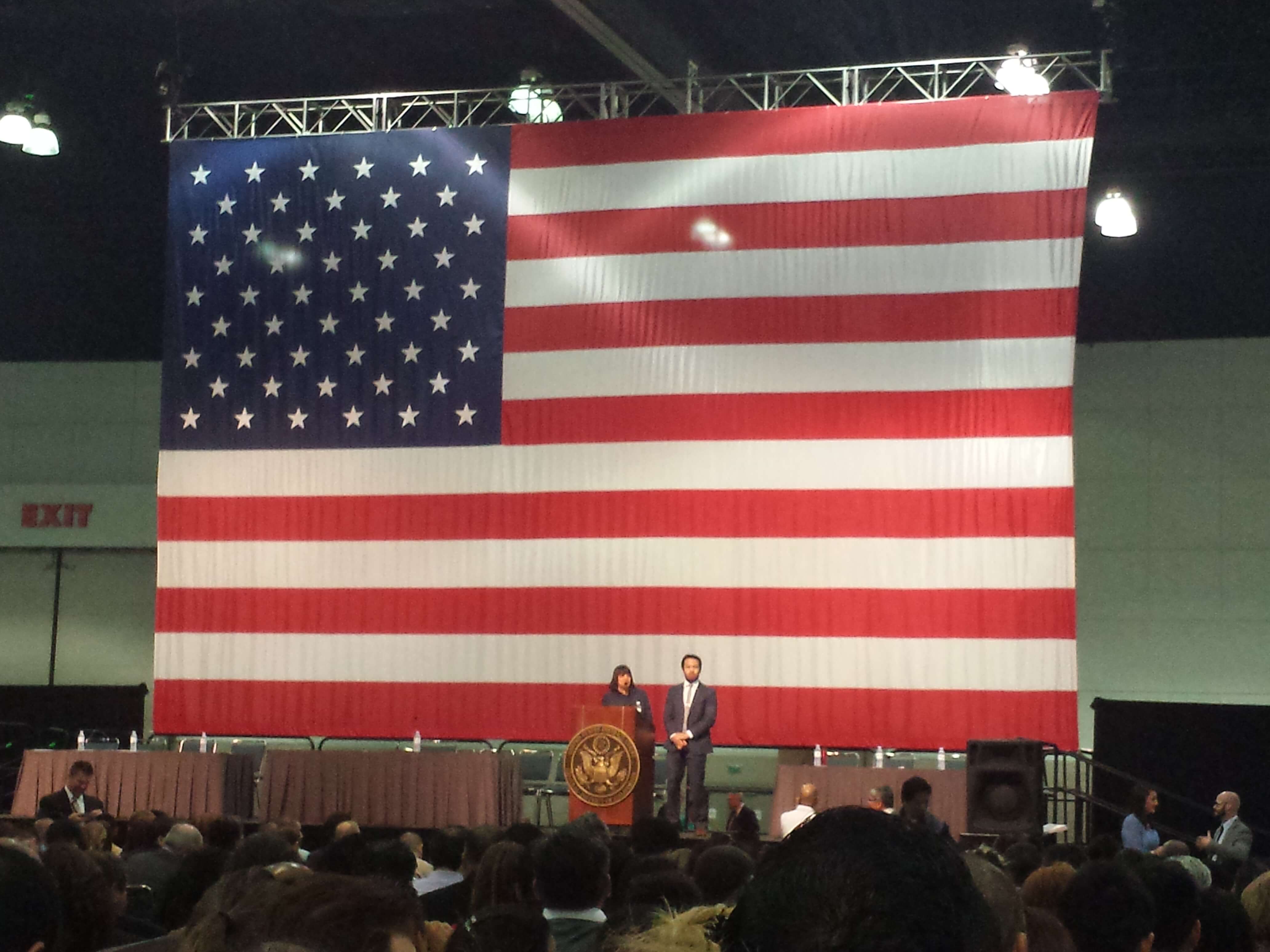 Then we got treated to a special cameo by President Obama. Pre-taped.

This was trailed by the most American music video rendition of America the Beautiful.
The ceremony concluded with the Pledge of Allegiance, and a singing of the national anthem.

Finally, it was time to get our naturalization certificates.
Almost eight years after feverishly applying for it, and six years after obtaining it, I gave away my Green Card… In exchange for the certificate.

My first action as a US citizen: register to vote.
My second action: a road-trip to the social security office. Gotta change that status. 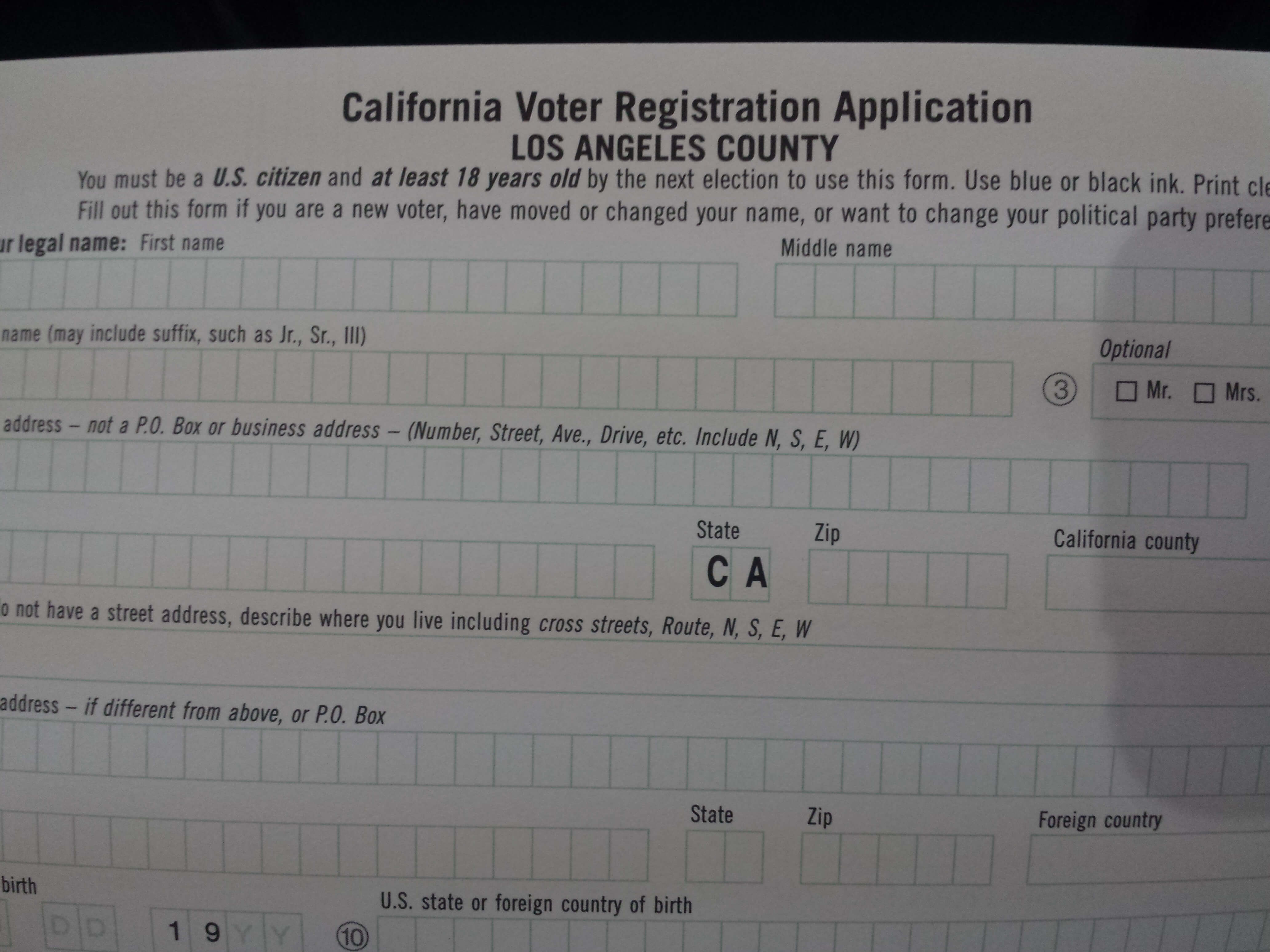 It’s interesting to notice how my professional aspirations have extended into clearly personal ones.
This civic journey is years the making–much like my journey into television writing.

So, why exactly did I become an American citizen?
Simply put: voting rights.

I’ve been dealing with taxation without representation since I moved to California.
Yes, technically I’m represented in the House of Representatives and the Senate… but I didn’t have a say, even in local issues and propositions.
If I had kids, I wouldn’t have been able to vote in their school board election.

The right of (legal) immigrants to vote in the US has been a contentious issue throughout the last century.
(You know it’s true because even Wikipedia says so.)
Although non-citizens are forbidden from voting in federal elections (which can be understandable), I contend they (AKA me before today) should be allowed to vote in state, municipal and local elections.

The Constitution itself does not grant the right of vote. Instead, amendments have been ratified to limit who could and couldn’t vote in certain places. And only federal elections are defined in those amendments.

You can read more about this in Josh Blackman’s post on the 2013 NYC attempt to bring non-citizens into the voting booth, as well as Derek Muller’s legal article on the subject:

Alien suffrage was quite common during the nineteenth century, coming to a peak in 1875 when twenty-two states and territories granted aliens the right to vote. That ended in the 1920s, at which point all states required citizenship as a condition to voter eligibility.
Today, every state prohibits noncitizens from voting in federal elections. Federal law, too, prohibits aliens from voting in federal elections.
There are, however, jurisdictions that allow, or seek to allow, noncitizens to vote in local elections. And as resident aliens have a significant interest in the locales where they reside, and are subject to other political obligations like taxation, there have been particularly strong arguments in favor of extending suffrage to at least a set of them.

I can only wish that the next voting rights battle is fought for legal residents. Perhaps even escalating the case to a Supreme Court so State and local elections can finally be available to all those paying taxes and permanently residing here.

Unfortunately, I doubt we’ll see a legal immigrant fighting for her/his rights to vote in the near future.
Whomever would care that much about their voting right would probably also aspire to become a citizen–and wouldn’t want to tarnish their record by suing any form of government.

In the meantime, I hope you didn’t tune out from this post a third way in.

But, as (probably) a fellow writer, I think you can appreciate, and be a part of, this (necessary) involvement in our ongoing cultural/civic conversation about who will make America–
Its Americans.

5 years in Hollywood (and the USA)!

How I got my Green Card