Posts published in “One Week For One Year”

One year ago to this day (plus a day at the stroke of midnight), A TV Calling was created.
And here we are now. 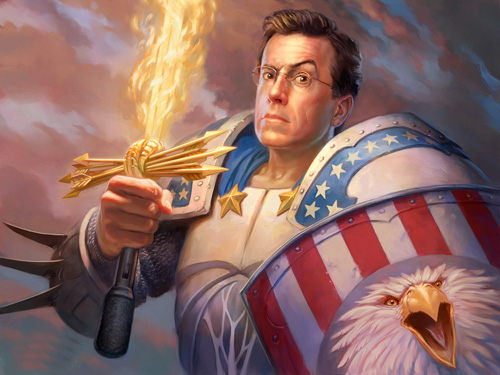 Your hopes are up, time to dash them.
I’ll go straight to the bullet points for maximum effect (remember: less is more).

A few stats to accompany the blog for its birthday:
There were not One Hundred, nor Two Hundred, nor Three Hundred, but 312 posts in total.
That’s 312 posts for 365 days, meaning a great average of 0.85 posts a day.
As said on Wednesday, my most popular post, besides a few Script of the Week (such as SOTW13 and SOTW23) is, or rather was, Four Reasons why Dollhouse might be Renewed.

This blog was visited by 3,195 cities in 109 different countries.
It was also visited at least 5 times by all 50 states of the U.S.A.
California is at the top of the list with almost 2,000 unique visitors.

Throughout the year a few changes to the blog itself were made, such as a domain of its own being added and a wider central column.

How weird is it to now look back at the four June 2008 posts?

It’s even more weird to look back at the first sentence ever written on this blog: “Yes I’m lazy.“
Yeah, I’m still pretty lazy.

Like I said last year regarding the purpose of this blog:

But why am I rumbling on about all this now?
Well it is merely intended to point out what purpose this blog will hopefully achieve. That is to help other struggling (international) writers out there in their daily, and not-so-daily problems. Additionally, I hope my trial and [errors,] will help show that nothing is impossible when you pour your heart and soul into it.

I think that sums it up pretty nicely.

And if this blog helped at least one person somewhere at some time, then the mission is just beginning.
Please don’t get all teary-eyed.

What have we learned in the past year?
Bears can dance, television as we know it won’t exist in five years, the networks are desperate, movies get made but are released two years later, great writing still exists, and last but not least, the future is now.

Let’s wrap this party up.
Regarding what is to come:
More breakdowns, more writing tips and tricks, more reviews, more shows, more scripts, more news, more you name it.

All in all: more craziness, more pointlessness, and more epicness.

One Year of Scripts

One Year of Scripts

It’s only really been 8 months since the Script of the Week tradition started.
Every Sunday (almost), two-ish new scripts, one from a movie the other from TV.

From 30 Rock to Virtuality, and Bobism to Watchmen, we’ve seen lots and lots of great scripts throughout those first thirty SOTW.

Given the fact that I would probably be killed for posting the hundred or so scripts from the past year, I decided to put up “only” two of my favorite scripts, both from SOTW26.

One of the major points of this blog, or at least supposedly, was to give interesting links, tips and thoughts around writing, both in general and especially regarding TV.
Hopefully, you appreciated and continue to appreciate the various thoughts gathered on the issue.

You’ll be Swimming with Sharks in no time. 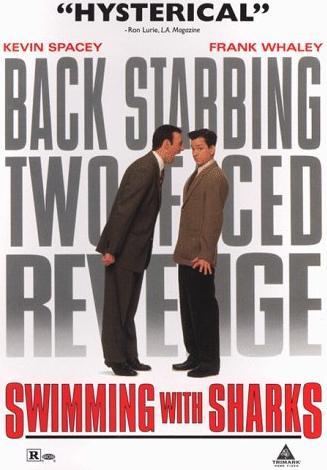 As we saw again this week, I like to talk about the future of entertainment.
Nonetheless, in November I wrote a piece on “Why TV is where you must be“.
Although the article could be seen as an argument on why TV is a good place to be as a viewer, it is mostly in regards to why I (still) believe television is the best place to be, as a screenwriter.

Very early on I rounded up writing books dedicated to writing, especially television-wise, as well as the TV or Entertainment industry in general.
A lot of my earlier posts on writing were somehow linked to myths and heroes.

I had just seen The Dark Knight and was deep in my reading of Joseph Campbell’s The Hero with a Thousand Faces and was very into this whole “Hero/Myth” thing so I wrote two articles on “mythic structures and hero psychology”.
One more centered on TDK and heroes themselves:

It especially got me thinking about a post I read a while back about (super)heroes and their flaws.
I believe TDK correlates directly to that idea, especially for both Bruce Wayne and Harvey Dent.
To make a hero believable, we need him/her to be flawed. We need him/her to have limits. We need him/her to be vincible.
Bruce Wayne is a human that becomes a vigilante at night. But he is still a human behind his (too-much-technologically-advanced) suit. This is reminded to us early on in the movie when he is bit by a rottweiler (physical failing).

Another a more general one about structure and myths:

Structure has been analysed for centuries, even millenniums, way back when Homer wrote (or rather told) his Iliad.
In the last decades, this analysis has been transposed to scripts and screenplays. Scripts and movies were broken down and compared to other literary pieces to try to found out the common links, not the least of which being Robert McKee’s Story.
Besides script acts, and structures, “heroes arcs” and “heroes journeys” have been analysed and also broken down. These mythical archetypes lead obviously to mythic structures.
This is one of the specialties of mythologists, including Joseph Campbell.
Campbell wrote a fascinating book around his theories of the journey of archetypal heroes in various mythologies from around the globe. This book led to a memo written by Christopher Vogler (a development exec) to Disney studios about how to use Campbell’s book for screenwriting. This memo led to various critically-acclaimed movies Disney movies such as The Beauty and the Beast, Aladin and The Lion King. Vogler also worked on a small movie called Fight Club.
Soon after, Christopher Vogler expanded his memo and published a book around it where he explored not only Campbell’s work (and Jung’s) but expanded it to correlate directly to screenwriting.

Continuing on straight tips and links, there were some about the basics of script registration, an interest technique to land a job on television, as well as interesting online links (when I’m too lazy).

One of the most vital writing step in breaking in TV is making a spec script.
Back in March, I gathered some info to make a guide on “What is hot and what is not” to spec.
I also made a guide to Spec Flashpoint.

Education-wise, I unearthed a secret Showrunner program at UCLA’s TFT.
And last but not least there were a few TED talks on creative writing and technology.

Hope you got some good advice out of those articles and you’ll be able to get some writing done.
An apple a day keeps the doctor away.
A page a day keeps your procrastination at bay.
Speaking of scripts, see you tomorrow.