Pippin my studio: The Weinstein way of dealing with problems

You’ve probably heard by now about the Weinstein Company kind of being on the verge of bankruptcy (even though it’s starting to get back up following Inglourious Basterds’ success). If you don’t know what the hell I’m on about, then check out right now this in-depth look from the New York Times’ David Segal on why “Weinsteins Struggle to Regain Their Touch.” It’s eye-opening (take a look at the studio’s market share).

All done catching up?

Anyway, the Weinstein brothers still haven’t found the perfect equilibrium between filmmaking, and, let’s just call it “mogulamania”. Case in point with their acquisitions in 2006 of A Small World (Millionaire Facebook) and the Halston fashion brand while making, you know, movies. Go figure the correlation here.
But don’t feel too bad for the studio. It has found its way back on top.

Indeed, it looks like what is going to save the company is neither a Kevin Smith nor a Quentin Tarantino film.
How awesome is that:

From the producers of The Crow 3: Salvation and The Punisher 2: War Zone comes another revolutionary take on an American classic.
The Weinstein Company is proud to present to the world Pippin the Hunchback, the Musical: The Movie.

Yup, one of Harvey Weinstein’s passion project (for real) is none other than a movie adaptation of the popular 1970 Broadway musical Pippin.
And I’m dead serious about that.

First things first: I’m not talking about The Lord of the Rings’ Pippin. Let’s be honest, who would want to see a play based on this character? 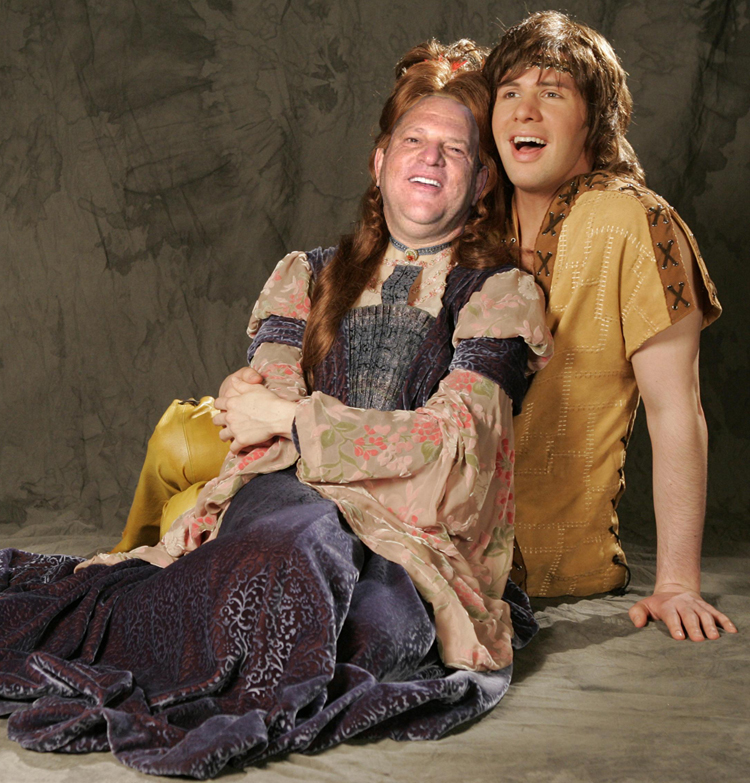 I’m here blabbering about a musical with a story loosely based on (read: a fictitious account of) Pippin the Hunchback’s life. What is so exceptional about Pippin (aka Pepin) is that he is the eldest son of Charlemagne. That’s a fascinating subject for a musical, wouldn’t you say? There was even a 1981 television movie directed by David Sheelhan. Perhaps this will allow William Katt to leave his work on Alien vs. Hunter and reprise for a third time the role of, you guessed it, Pippin.

Regarding the Weinstein Company, well basically the story goes that following the 2003 success of Chicago, Miramax (then-owned by the Weinsteins) bought the same year the rights for a potential movie adaptation of Pippin. The rest is History (extremely clever pun intended).

In any case, even though the brothers have had the property for some time now, it seems like the project is back on track as they’re currently looking for a writer. That and, as I said, it’s Harvey’s love baby, so he’s “never gonna give [it] up” (insert Rickroll comment).
This looks like the greatest segue to success, ever.

For all you Weinstein Company lovers, don’t panic.
If that’s not enough to revitalize the dying studio, they have another ace to play: a revival of Knight Rider (yes, that Knight Rider) through a movie (seemingly written by Bruce Feirstein, screenwriter of all the Pierce Brosnan/James Bond movies).

Gives a whole new meaning to the expression “crash and burn.”