The Jay Leno Show: Is that it?

With almost 18 million viewers last night, NBC’s The Jay Leno Show premiered as expected with high numbers. It will be interesting to see how well it fairs in front of say, CSI (Miami and New York), in a couple of weeks/months. 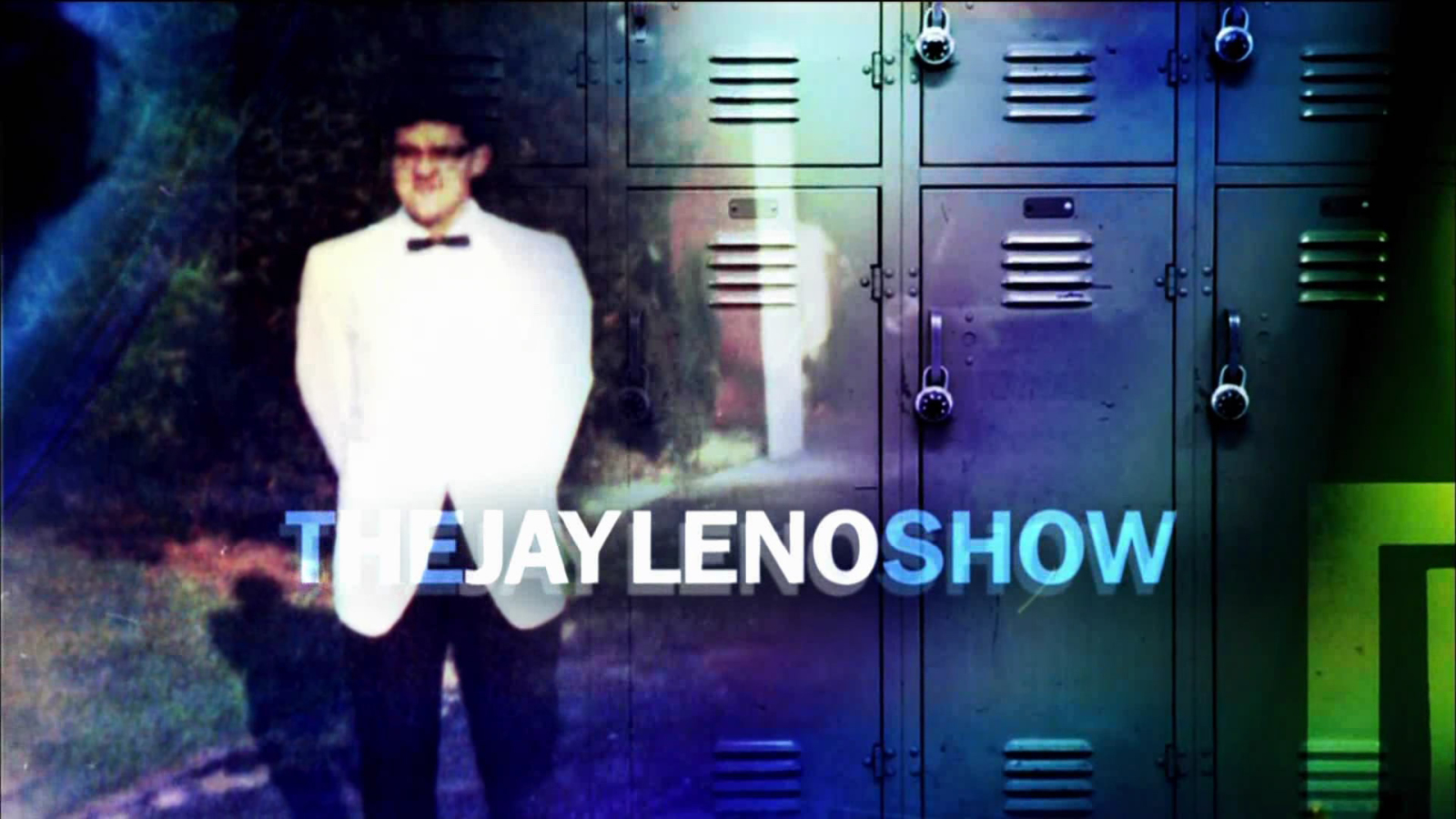 I dared to watch yesterday’s premiere just to see what all the fuss was about.
For months, there was all this talk about how this would revolutionize the talk show formula, etc.
But after having seen the premiere, I’ve got to wonder:
Is that it?

Seriously, think about it, how is it any different from other talk-shows?
It just looked to me like Oprah meets the Tonight Show.
Nothing was really different, except all the 10s painted everywhere in the gigantic studio to show he was now on at, you know it, 10PM.

Sure, there’s no desk (to a point), but come on, all the guests are still comfortably sitting in their chair. 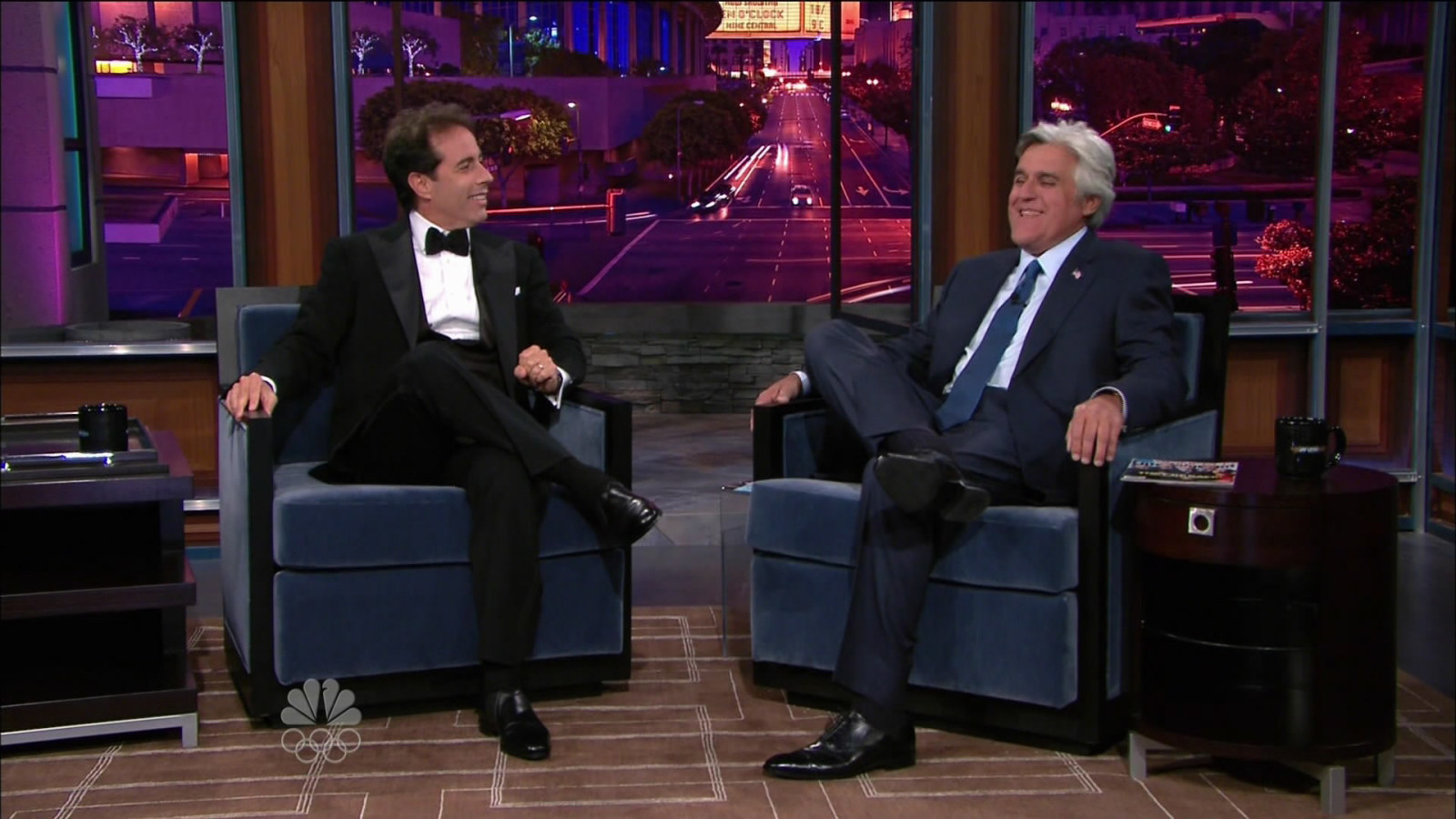 They’re not doing anything unusual; they’re just talking and cracking jokes (for the most part).

Regarding the monologue, the Dick Cheney joke he made was eerily similar to one Conan O’Brien made last week.
The pre-taped bits weren’t all that funny either, and unfortunately so was (or rather wasn’t) Dan Finnerty. That was disappointing.

As for Jerry Seinfeld, what’s up with his earpiece? 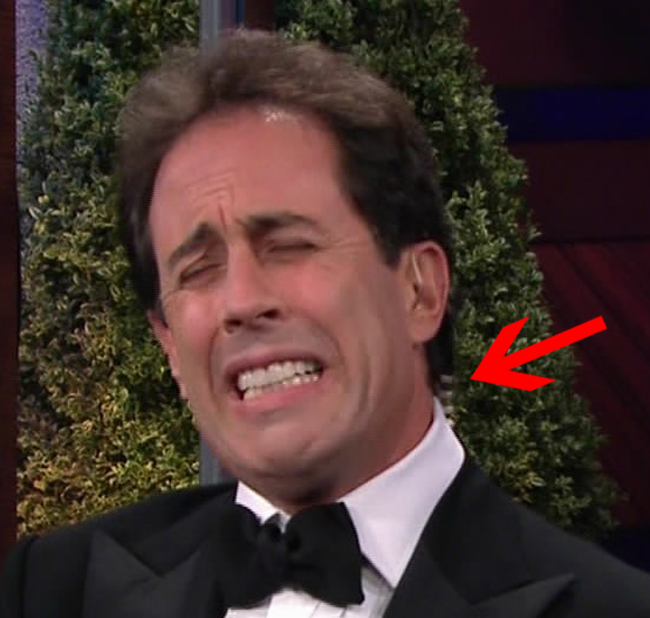 Was someone feeding him jokes…or was it used for the fake Oprah “interview”?

And by fake, I mean that there was no video feed on stage. If you look carefully, she was CGId in. The biggest clue is towards the end of the interview, as the camera moves, so does the fake screen (same movements).
You can check the video again, it’s pretty evident (especially with that fake chrome mount).
So anyways, she wasn’t really on the Leno show after all. At least not when it was shot.

Now, besides her faux-guesting, you might be wondering why the hell I’m comparing the Leno show with the Oprah show.
First off, look how Leno was greeted when he came in. It looked like Jesus had returned to his people. 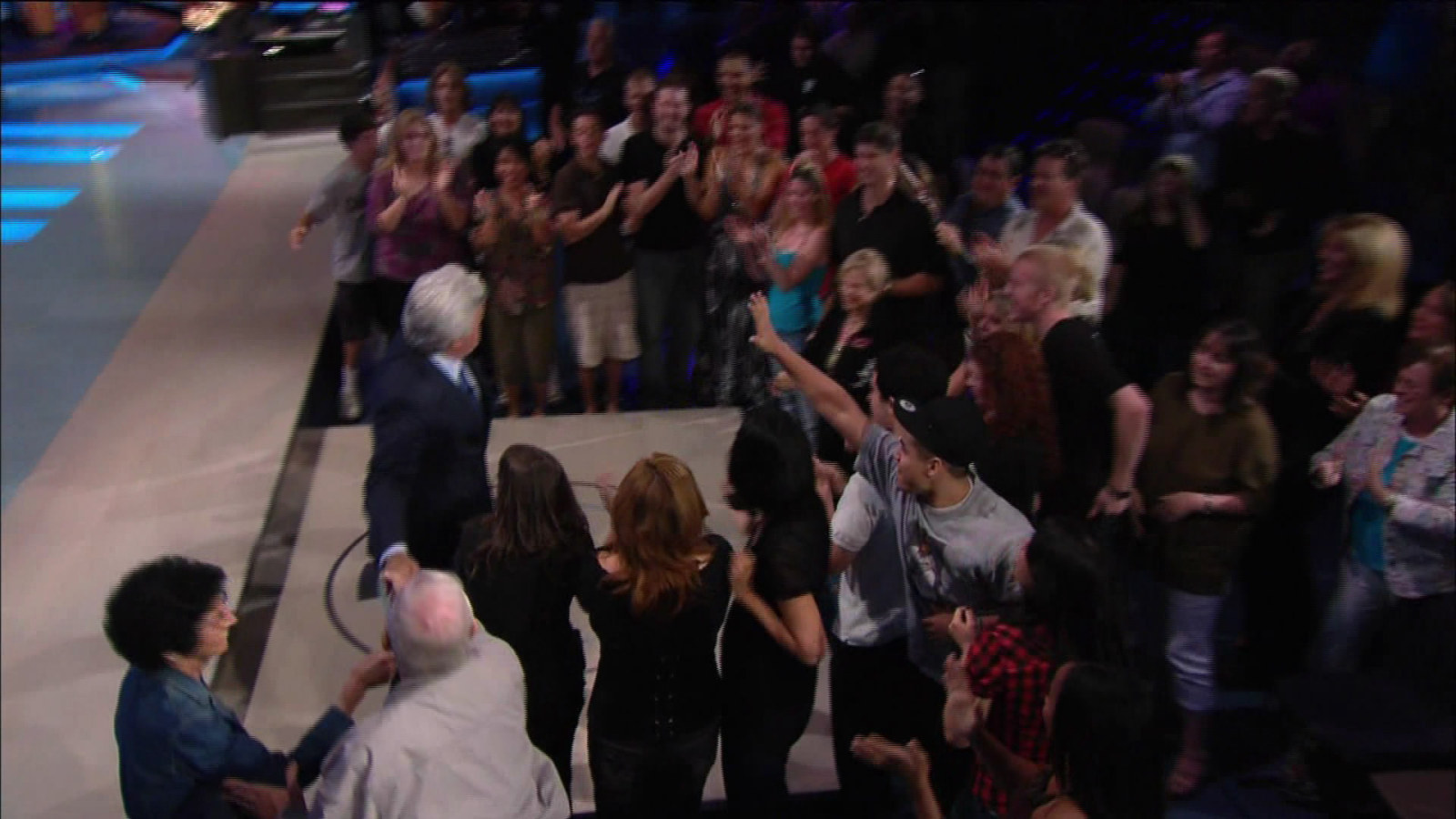 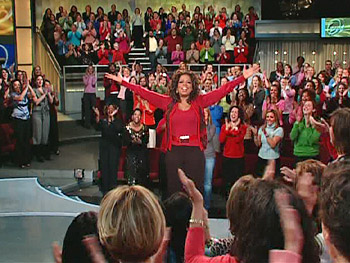 There was also the awaited Kanye West interview.
I’m not gonna talk about what happened at the VMAs (seriously though, why the hell is this news?).
However, Kanye’s (almost) one-on-one with Leno felt like an Oprah Winfrey moment.

I think it was pretty cold of Leno to ask, almost out of the blue, how West’s (now-deceased) mother would feel about the whole VMA incident.
“Do you think she’d be disappointed?”
That looked like a douchey question just asked to get an emotional response out of someone.

What was almost even weirder however is seeing, only moments later, Kanye West jumping back on stage to sing next to Jay-Z and Rihanna. 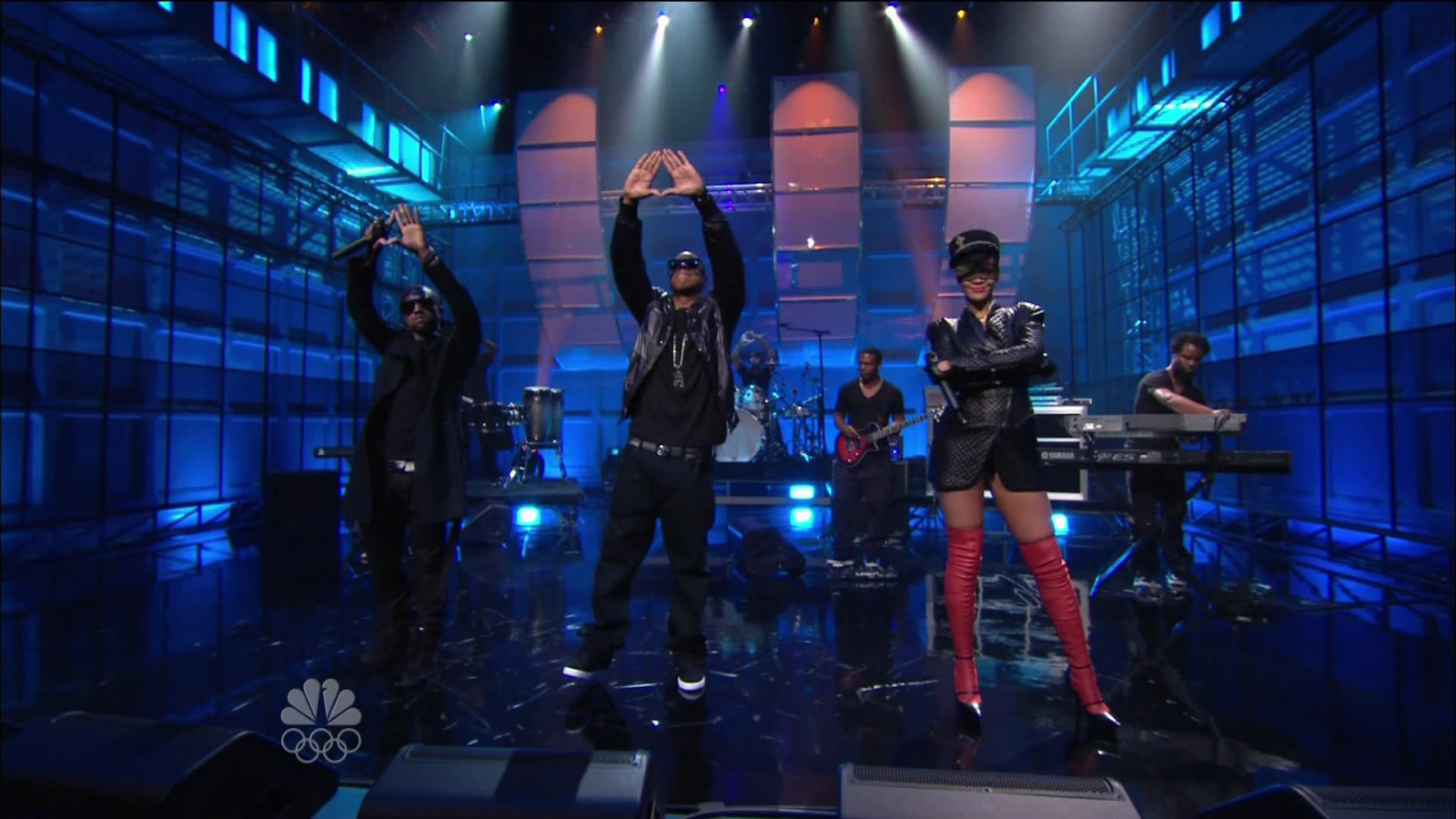 Overall, it was your typical Jay Leno talk-show.
There was no “revolution” here, just me being mostly bored.

What’s it gonna take to bring your bubble show back?