What’s it gonna take to bring your bubble show back?

It’s that time of the season again. Many shows are on the verge of being cancelled by the big Five networks, and several cable channels, and hopes are dimming for a few of them. So, let me get this out of the way: yes, ratings are a key factor, along with DVR showings, etc. It depends also on the level of the development season, and the will of the networks to balance scripted and unscripted shows, or to launch new scripted blocks. That’s what’s expected for ABC and NBC, at the very least, since they renewed the totality of their 2-hour comedy blocks, save for ABC’s “Hank”, but still ordered a dozen comedy pilots for next season.

All of that is obvious, and has been repeated in many stories all over the specialized sites. But lately, due to the financial crisis, both studios and networks have been creative in trying to find ways to bring shows back. So, stop trying to aggregate for “Save Show” campaigns or sending gifts to executives, and… 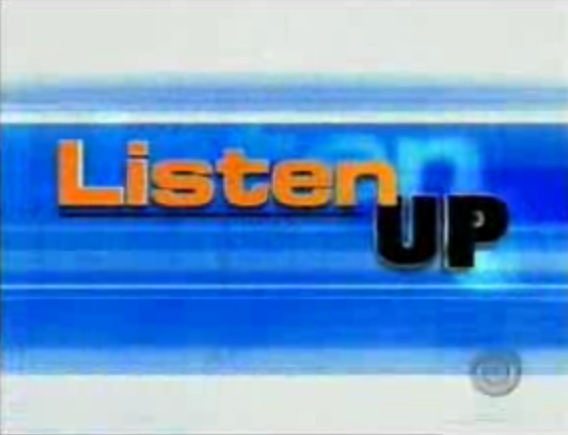 (That one takes us back, doesn’t it?)

International sales?
A very interesting story has emerged from the “New York Times” last week. It came on the heels of Sony negotiating with premium channel DirecTV to bring a fourth season of “Damages” to air. Sure, “Damages” garners critical acclaim and Emmys for Glenn Close, but this season the ratings have been disappointing to the FX brass.

This quote in particular is interesting:

The formula for making the cable drama business pay is changing, but, as Zack Van Amburg, president of programming and production for Sony Pictures Television, said, so is the world.
“International is critical for these shows,” he said. “Five years ago broadcast shows were more valuable. They were thought of as better-produced and of higher quality. Now cable shows have gone out and performed well.”
Sony’s “Damages” attracts about 1.4 million viewers an episode, barely survival ratings on FX (though Mr. Landgraf jokingly said it does very well “among viewers with I.Q.’s over 140”). But Sony has sold the show to international outlets for a total of about $2 million an episode.

So, the international sales, especially for a drama coming with a “prestige” stamp like “Damages”, have been instrumental in getting the talks going to finance more seasons. (However, it looks like that wasn’t enough, since Sony doesn’t want a substantial license fee reduction, so it might be dead after the Season 3 finale, according to Variety.)
Shows drawing an international audience can be saved from the bubble, like “Alias” in its time, or “Heroes” now. That’s the prime reason a final season, though short, can be ordered by NBC, since otherwise the show has nothing going for it.

Other networks?
Granted, that’s a rare case of networks jumping in, and usually it doesn’t take place until after the bubble show has been cancelled in the upfronts. (There are exceptions of course, “Friday Night Lights” on DirecTV being one.) But, lately, it has not been unusual: “Medium” jumped from NBC (poor marketing, consistently great ratings) to CBS (Friday Night Slot of Death, but great promotion); “Scrubs” ended its run on ABC after 7 seasons, including one aborted, on NBC. But “SAVE OUR SHOW” aficionados, don’t jump to conclusions that quick or try to play Armchair Executive too soon. That will happen if the parties willing to order more seasons have a personal stake in the show: “Medium” is produced by CBS Paramount TV (keyword: CBS. Sister arm of production), so Les Moonves had interest in promoting a new season. Plus, Glenn Gordon Caron already produced the late, great “Now and Again” for CBS back in 2000. Same case with “Scrubs”: not only is it produced by ABC Studios, but Steve McPherson himself developed the show, back when he was the head of Touchstone Television.

DVD sales?
This one is less realistic. Sales of a cancelled show on DVD, if significant, might help the network reconsider more seasons. Sadly, this has only happened for two animated shows: “Futurama” and “Family Guy”, both produced by 20th Century Fox. As far as I’m aware, selling 2 million copies of, say, “The Forgotten” season 1 won’t make Steve McPherson reconsider bringing Christian Slater back on the air. (Especially since Slater has already jumped ship on another pilot. And no, no one really wants to see new episodes of “The Forgotten”.)

A producer mogul with beaucoup clout?
The times where you could get a TV show made based on the sake of your name are now long gone. On network TV, that is. After all, David Milch got “John From Cincinnatti” ordered without HBO executives blinking once. But a few of those moguls subsist: that’s how John Wells, Executive Producer Extraordinaire, responsible for “China Beach” and especially “ER”, took the filmed episodes of season 2 of “Southland” to TNT. The first season, aired right after the end of “ER”, in the slot of Thursdays at 10, was already a sign of goodwill from NBC execs, who gave the keys to a late-season run to an eager Wells, that wanted to keep the real estate and momentum. But fall came, Leno at 10 too, so “Southland” was supposed to air on Fridays (gasp) at 9 pm (ugh). The rest is history: NBC chickened out, Wells got pissed and terminated his contract. But the 6 unaired episodes of “Southland”, broadcast after reruns of season 1, didn’t attract many eyeballs. So, specialists wonder if TNT made the right move by believing in the show. And among the bubble shows, save for “Cold Case” and “The Forgotten” produced by Jerry Bruckheimer, none of them are produced by a bigtime producer.

Many shows won’t get a second chance to come back next month. Some won’t even see the light of day on DVD, such as aforementioned “Cold Case”, held up ever since its premiere for music license rights. So, at the end of the day, it depends on the will of the studio and the network to find avenues to bring the show back and recoup the money well beyond the ad revenue.