Well, it’s already been a year since we were treated with the Baldwin/Martin hosting duties and, although not that amusing, they fared much better than this year’s duo.

But let’s get something out of the way first.
Was The King’s Speech the best movie of 2010?
Probably not.
Was it undeserving of recognition?
No.
If you’ve seen the movie, then you know it was not only entertaining and funny, but also fresh.
There, I said it.
I went in expecting some heavy period “Oscar-grabber” piece, and I came out feeling invigorated.
Hell, it was the complete opposite of what many people are comparing it to: Shakespeare in Love.
So, no, I don’t feel the win was that much of a rip-off, and if you look at the list of the nominees, 2010 was a pretty great year for cinema.

Now onto the hosts. 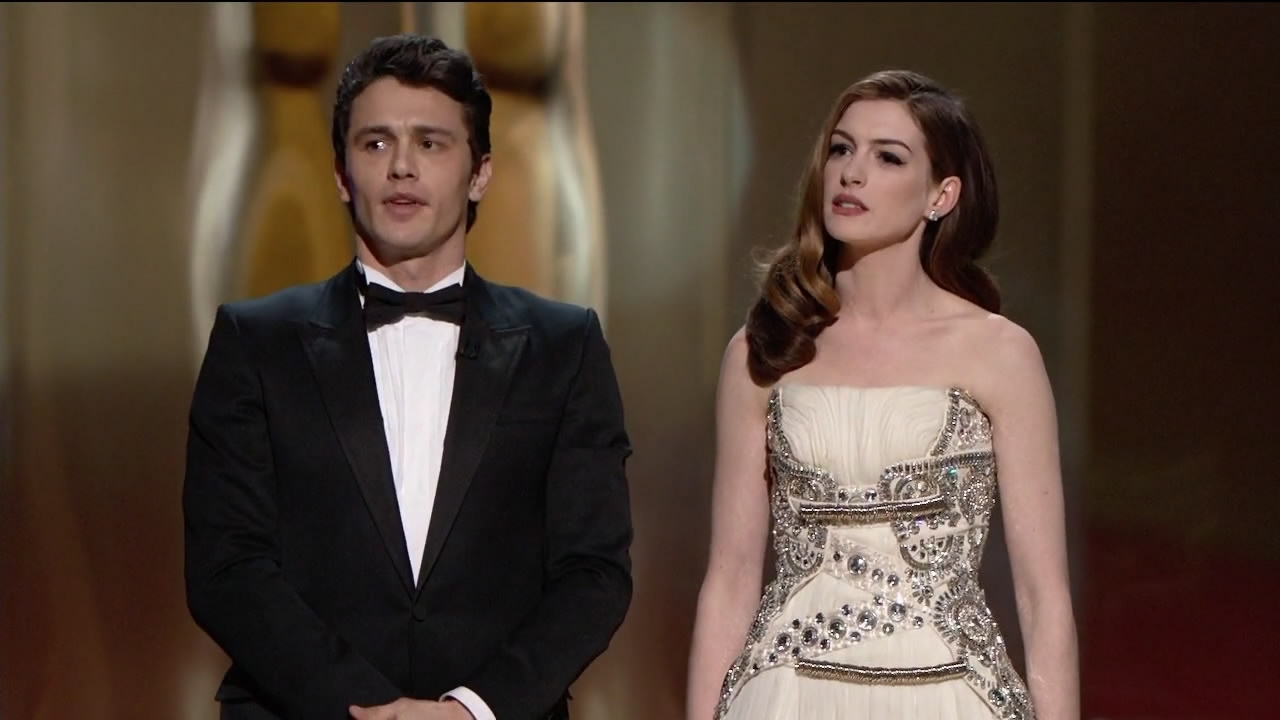 …
*crickets*
Call it bland, call it grey, call it apathy, but the hosting this year was plain boring.
Even Franco seemed to be pretty absent throughout the show (maybe it was due to the Bruce Vilanch-written jokes?).
There’s not much else to say about that, except to add that Hathaway’s visible enthusiasm was misplaced.

If there was one great addition this year though, it was undoubtedly the magnificent set. Now that’s a step in the right direction.

Speaking of Bob Hope. Though I appreciate the effort of recreating his persona on stage, they do realize the world, and people, were not black & white in the 1950s right?

Also note that they apparently removed the “applaud your fave” during the In Memoriam segment.
No more ghoulish popularity contest!

Surprisingly, another positive thing this year were the acceptance speeches. Both Aaron Sorkin and Christian Bale were not only humble in their victory, but also self-deprecating. Others, like Tom Hoper, were actually inspiring.

As for Billy Crystal’s comeback, well, that was met with a lot of relief from everybody.
Maybe he’ll get so much hype from his performance that they’ll rehire him next year… 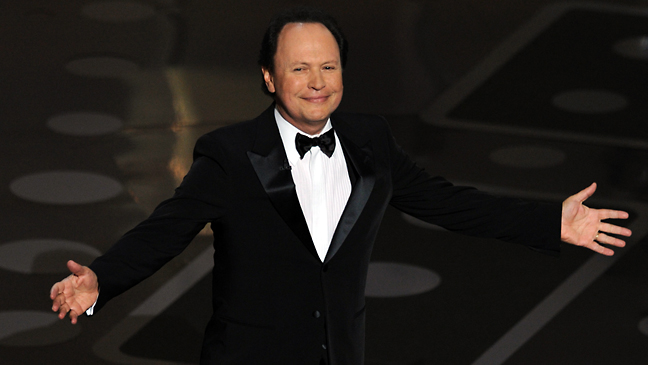 And what to say about Kirk Douglas?
I love the man but, damn, that presentation was downright embarrassing for everyone involved. And what was going on with the aide battling for his cane?

Oh, I almost forgot to point out that Modern Family served us with another, funny, Oscar promo.
Probably the most entertaining 30 seconds of the evening.
That’s two for two.

As for the various winners (and losers)…
Although everyone was hoping for Exit Through the Gift Shop to win (and get a Banksy party-crashing in return), I’m glad that Inside Job got the award. Even better was director Charles Ferguson’s opening statement about how “three years after a horrific financial crisis caused by fraud, not a single financial executive has gone to jail—and that’s wrong”.
A lot of people are also whining about the Inception snubs and how everyone was thanking Chris Nolan–except the Academy voters. Although somewhat true, I do feel Fincher will get recognition from the Academy soon.
As in, next year with The Girl with the Dragon Tattoo.
As for the rest of the winners, there isn’t much to add that hasn’t been said. I don’t consider any of the wins to be surprising (yes, even Melissa Leo).
This year’s ceremony was, overall, probably the least surprising in quite some time.

Finally, we were treated with a (somewhat awkward?) end-of-show choir.
Under-privileged kids, singing happily with Oscar winners getting their $30,000 gift-bags.
Stay classy Academy.

Lost Finale Thoughts: From The End to the beginning
Category Entertainment Talk