After being right for a day, it looks like I (and everyone else) is wrong.
Showtime has not picked up Tim Robbin’s pilot which he both wrote and directed (Possible Side Effects).

Rumors are flying around that the pass on Possible Side Effects is due to its subject matter (the pharmaceutical drug industry) and pharmaceutical corps are among the top advertisers over at another Viacom network: CBS.

So, ultimately, out of the 4 pilots ordered by Sho, none of them were picked up.
Cash thrown out the window? 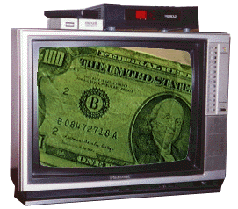 Variety has a piece up discussing how the networks are trying to minimize the spendings by co-producing or buying international properties instead of investing in pilots that won’t ultimately be picked up.
Overall, a pretty interesting read which takes a look at why certain shows are currently on the bubble.

In other TV news, TNT meanwhile has canceled Trust Me.

As for the recent Dollhouse/13-episode matter, I’ll be talking about that in more detail very soon in my follow-up article to the Four Reasons why Dollhouse might be Renewed.