Well, that surely was riveting (not).
Sure, The Hurt Locker probably wasn’t the best 2009 movie, but nowadays I’m happy if good work is even recognized.
So, yay.

I was pleasantly surprised by Neil Patrick Harris’ opening number.
At least they know who to call for these sorta things.

On the other hand, this didn’t really show much confidence in Alec Baldwin/Steve Martin’s duo (not even seen on stage until the fifth minute).
Twice the host, half the screentime. 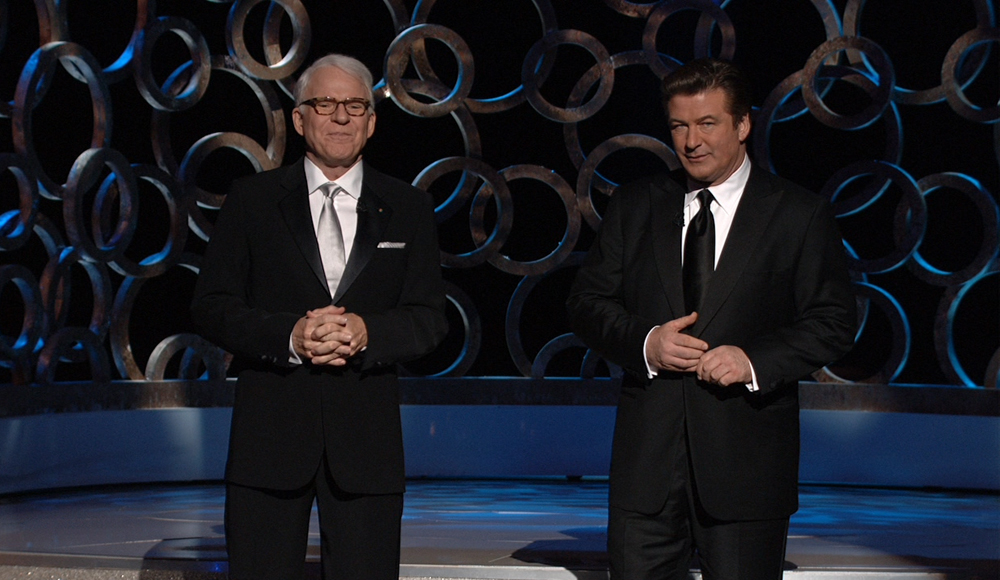 The banter following their arrival felt tame at best.
It almost seemed as if they were listing a bunch of famous celebrities in hopes that fangirls all around would “squee”. Alas that wasn’t the case.
Clooney certainly didn’t seem to care about the ceremony.
The jokes themselves didn’t feel much inspired.
Case in point with James Cameron’s “micro-roast” that revolved around, you guessed it, 3-D glasses.

Did anyone else notice that, right after Steve Martin made his joke about Christoph “Jew Hunter” Waltz having hit “the motherload”, they cut to…Ethan Coen?!
Bad taste much?

I was surprisingly surprised at one win: Best Foreign Language Film.
Seemed as if Das Weisse Band was going to get it. Ended up going to El Secreto de Sus Ojos.
Yes, I’m happy about that.

Another shock came when Michael Giacchino was given the Oscar for Best Original Music.
No, I wasn’t shocked because he had won, rather because he hadn’t won before that.
Indeed, this was his first Academy Award ever.
What a shame it didn’t happen sooner. Though great speech.
Incidentally, I’m actually listening to one of the Lost soundtracks as I’m writing this.
And a note to Jennifer Lopez: it’s pronounced Ja-Key-No.

Continuing on the Lost-related talk:
If you were thinking that J.J. Abrams, or, hell, even Terry O’Quinn/Michael Emerson, were going to win an Oscar way before the guy playing Minkowski, think again.

If you’re wondering about that “Kanye West” moment, as people are calling it now, check this out.

Up winning best animated film was a disappointment.
I wish Coraline or Fantastic Mr. Fox had the award.

What’s up with Colin Farell being Jeremy Renner’s actor-buddy on stage and talking about SWAT?!
Weren’t TPTB able to get, I don’t know, any co-star from The Hurt Locker?
Seriously, who thought we would hear about that SWAT movie ever again, let alone at the Academy Awards?

Anyhow, the horror tribute was a bit weird since it included a bunch of movies I’d describe as belonging to the “fantasy” genre (Edward Scissorhands to name just one).

Speaking of, the award for the scariest moment of the evening goes to: 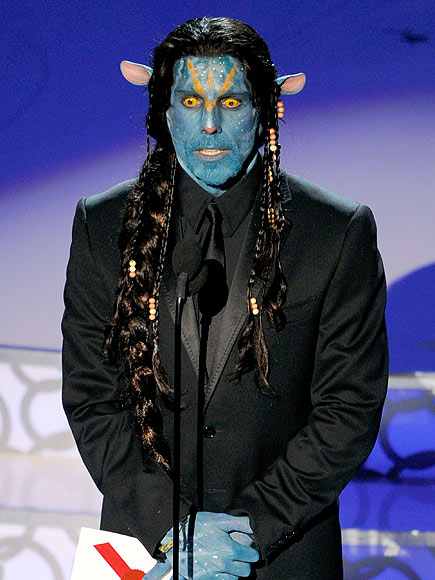 Who knew a comedian painted in blue was going to be a highlight.
Haven’t seen that on TV since a guy named Tobias.

Notice my total lack of thought regarding the major categories.
That’s because I don’t have any.
I’m obviously happy for Bigelow (they took their sweet time to make the historic kudos).
Big “duh” for all the other wins.
And that’s about it.

To finish us off, here’s the genius Modern Family promo they made especially for the Oscars:

Looks like I’m back.
Okay, that’s a half-lie (or is it half-truth).

Since late-November, a lot of stuff has happened.
Avatar came out and broke box-office records.
Golden Globes were delivered, and Oscar noms went out.
The final season of Lost has begun as well as the 2010 Olympics.
Pilot season is upon us, and there was this whole Conan/Leno story.
Wow, what a (few) month(s)!

Oh, and I have a Green card.

Now if you’re wondering what the hell happened to me in the past three or so months, the short answer is that I’ve been away.
For the longer version, stay tuned. I do have a lot to talk about.

The one thing to note is that I have been busy working on the new version of the blog (remember?).
I admit, I took a Christmas break, but it’s almost over now.

You’ll have to wait a bit before discovering the new website as I still need to transfer (right now) the 400+ posts and basically re-tag every one of them (among other things).
Hang tight, we’re almost there.

During that time, I will still be on Twitter (where I admit I haven’t been that much present).

I’ll see you on the flip side (or on the bird).

And happy Valentine’s Day.
And New Year while we’re at it.

– MTV has had its shair of dumb moves, most of which involving non-music programming, but this time a new low has been reached.
The network is preparing a US version of Skins.
Yup, we’re talking about the “trashy” UK series.
But how the hell can the project “break new territory” as MTV says if you can’t even say fuck (let alone show nudity nor rebelious acts)?

– Steven Spielberg/Robert Rodat’s still-untitled alien invasion pilot for TNT has begun shooting in Toronto under the helm of Carl Franklin.
As you might recall, E.R.‘s Noah Wyle is the star of the pilo.
However, there’s still not much news on the rest of the cast nor the basic premise of the show.

– Don Cheadle has lined up a producing gig for March to Madness, an upcoming FX show (yup, another one).
The pilot is being written by Joel Silverman and shot by Pete Segal.
The show centers “around a corrupt college basketball program that cheats its way to the “March Madness” NCAA basketball tournament. Project will be told through the eyes of the college coach, whose idealistic approach to the job has slowly been eroded by the compromises he’s forced to make.”

– Also, io9 has a week dedicated to TV as well as two guest bloggers: The Sarah Connor Chronicles‘ Josh Friedman and Day One‘s Jesse Alexander.
Both have posted great posts.
Josh talks about why he needs therapy to work through TV, and Jesse blogs on why Space: Above and Beyond “blazed new trails.”
Two great reads.

– Oh, and you should check out this neat parallel between Titanic and Avatar‘s lukewarm receptions pre-release.
History likes to repeat itself.