We all know that staffing season is right around the corner, but a great way to learn more about the TV writing industry while simultaneously get a major push in “breaking into it” is by getting selected into one of the main TV writing fellowships (AKA diversity writers program) out there (not just using TV writing contests). It’s also the number one answer when it comes to “how to get into writing for television”.

Although several lists of them have been posted here and there, I didn’t find an exhaustive one listing both the current application requirements for 2019, as well as the correct submission period (plus other info like eligibility, number of fellows selected, etc.). So here is one.

For future reference, I have also included fellowships whose deadlines have already past.
Note that the listed application requirements exclude the obvious signed agreements/application forms that must always be completed. In addition, I did not include the physical details of the submission process such as number of copies of scripts required, shipping address, etc. (all of it can be found on the official page of the programs).

NEW: Learn all about the CBS Writers Mentoring Program from its supervisor!

Application Webpage
The focus of this six month program is on opening doors: providing opportunities to build relationships with network executives and show runners; to support new and emerging writers in their efforts to improve their craft; and to develop the interpersonal skills necessary to break in and succeed.
The Writers Mentoring Program (or CBS Diversity Program) is not employment and there is no monetary compensation. It is, instead, a structured program of career development, support, and personal access to executives and decision-making processes, with the goal of preparing aspiring writers for later employment opportunities in television.
Each participant will be teamed with two different mentors.
One is a show mentor who is a senior-level writer on a current CBS drama or comedy series. This relationship builds over the course of the Program and is focused on helping the participant with creative feedback on their writing as well as help and advice on career goals.
The other is a CBS network or studio executive with whom they will meet on a regular basis, to discuss their work, get creative feedback on their material and get advice and support in furthering their career.
Once a week, participants will be invited to attend a small workshop-style meeting with various CBS show runners and other industry professionals. Speakers include executive producers, agents, managers, development and current executives and others. The purpose of these gatherings is for participants to gain a better understanding of how the business works from many different perspectives as well as creating the opportunity to make critical networking connections.
It’s been found that in order to derive the greatest benefit from the Program, participants should be available to 1) attend a once a week (evening) workshop and 2) attend meetings or observe in various situations for a minimum of five full days (not necessarily in sequence) over the course of the six-month Program.
Number of applicants selected: Up to 10
Submission period: March 1, 2019 – May 1, 2019
Dates of program: October 2019 – April 2020
Eligibility: The primary focus of The CBS Diversity Institute’s Writers Mentoring Program is to provide access and opportunities for talented and motivated diverse writers with a focus on writers of color. Aspiring diverse writers with a strong desire to write for CBS television series are encouraged to apply. You must be 21 or older to be eligible.
Application requirements:
– One half-hour or hour spec script based on a primetime network, cable or online series that aired new episodes during the 2018-2019 season
– One original work of writing (original pilot, screenplay, stage play, short fiction story). The original sample should be similar in tone to the spec sample.
– Current resume or short biographical summary
– Letter of interest
Cost: Free

NEW: Learn all about the Disney ABC Writing Program from its supervisor!

Application Webpage
The Walt Disney Television Writing Program (informally known as the Disney writing fellowship or Disney ABC TV Writing Program) is designed to expose aspiring writers to key executives, producers and literary representatives – all essential in the pursuit of a writing career. Additionally, while in the program, writers have the opportunity to work one-on-one with a current programming or development executive to create spec scripts of series from the current broadcast season. The ultimate goal of the ABC Writing Fellowship is to prepare and nurture the writers for a professional writing career.
Number of applicants selected: Up to 8
Submission period: May 1, 2019 – June 3, 2019 (11:59 PM PST deadline)
Dates of program: January 2020 – January 2021
Eligibility: Applicants must be at least 18 years old and have US employment eligibility. Prior professional work experience in the entertainment industry is recommended. Post college experience preferred. Although one completed script is required for consideration, the ideal candidates should have a body of work consisting of no less than two spec scripts and at least one original sample. If candidate advances to final stages of interview process, the review of additional scripts and referrals from working entertainment industry professionals will be required.
Application requirements:
– Two original pilot scripts that capture the writer’s unique tone, style and point of view. They must be live-action content; animation samples of any form are not accepted. The samples should also tonally translate to the type of programming broadcast on WDT.
– Current resume
– An autobiographical summary
– An essay reflecting “the applicant’s unique life experiences and personal stories which will demonstrate the writer’s ability to make distinct contributions to a writers’ room.”
– (optional) Letters of recommendation from entertainment industry professionals. The letters must be written on your behalf by working entertainment industry professionals who can discuss your potential as a professional television staff writer.
Cost: Free

NOTE: It is still TBD if the Fox Writers Lab will have a 2019 edition. 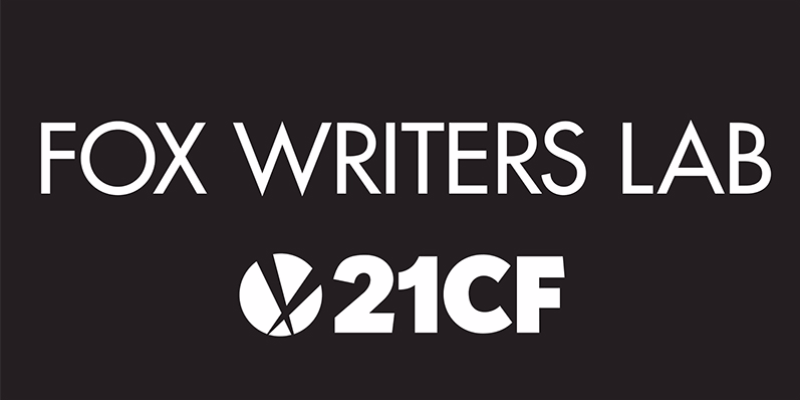 Application Webpage
Writers selected for the FOX Writers Lab (FKA FOX Diversity Writer’s Initiative) will receive feedback and guidance on their scripts through interactive “master classes” and will engage in guest speaker sessions with experienced writers, showrunners and directors. Upon successful completion of the program, participants will receive priority staffing meetings for the established Fox Writers Lab Staff Writer position on Fox entertainment productions.
Number of applicants selected: Up to 8
Submission period: Strong possibility that there isn’t a 2019 edition of the Fox Writers Lab.
Eligibility: FWL is for emerging writers and/or previously staffed, produced, or published writers who have a strong command of their craft and who are deeply committed to pursuing or sustaining a professional writing career. Writers who have had pilots produced are not eligible to apply.
Application requirements:
– One original thirty-minute or one-hour comedy or drama pilot television script
– Three original loglines for additional projects
– Two letters of recommendation
– Personal statement
– Current resume
Cost: Free

NBC/Universal Writers on the Verge

NEW: Learn all about the NBC Writers on the Verge program from its director!

Application Webpage
NBC Writers on the Verge (or NBC Writing Fellowship and NBC Fellowship Program) is a 12-week program focused on polishing writers and readying them for a staff writer position on a television series. The program will consist of two night classes, which will be held on Tuesdays and Thursdays (7-10pm), weekly at NBC in Universal City, CA. Once accepted, students must attend all classes and turn in all written assignments.
Classes concentrate on creating an exceptional spec script and understanding the dynamics of pitching oneself in the television industry. Writers are given the chance to interact with industry players ranging from network executives to showrunners to agents and receive valuable feedback on their work and pitch style.
Number of applicants selected: Up to 8
Submission period: May 1, 2019 – May 31, 2019 (11:59 PM PST deadline)
Dates of program: Late September 2019 – Mid-January 2020
Eligibility: Anybody can apply. The program is especially looking for writers who are “almost there” but need that final bit of preparation with their writing and personal presentation skills. They particularly encourage writers of diverse backgrounds to apply.
Application requirements:
– One half-hour or hour spec script based on a primetime network, cable or online series that aired new episodes during the 2018-2019 season (on their accepted show list)
– Two short essay questions (provided when application goes live)
– Current resume
Cost: Free

Application Webpage
Operating in a three-phased structure, the Nick Fellowship provides a salaried position for up to one year and offers hands-on experience writing spec scripts and pitching story ideas in both live action and animation television.
This three-phased structure allows fellows an opportunity to nurture relationships with creators, network executives, line producers, head writers, showrunners and story editors.
As part of their script writing, each fellow will be assigned to an Executive in Charge of Production and have an opportunity to write a spec script for an on-air Nickelodeon show.
In addition, all fellows are integrated into the activities of both the development and production departments. This allows the fellows an opportunity to attend storyboard pitches, notes meetings, records, table reads, show pitches and show tapings, all while being exposed to top creators and key production crews.
There are two creative avenues to pursue: the General Track (12-months) and the Preschool Track (6-months). The Preschool Track was created to develop writers specifically interested in writing and/or creating shows for the preschool demographic.
Number of applicants selected: Up to 4
Submission period: January 2, 2019 – January 31, 2019 (11:59PM PST deadline)
Dates of program: October 2019 – October 2020
Eligibility: Applicants must be at least 18 years old and have US employment eligibility.
Application requirements:
– One half-hour comedic spec script based on a primetime network, cable or online live-action or animation series that aired new episodes during the 2018-2019 season (the accepted show list for each track is listed on their website)
– Current resume
– Short biography (500 words or less)
– Two essay questions (each 75 words or less)
Cost: Free

NEW: Learn all about the Warner Bros. Writers’ Workshop from its director!

Application Webpage
The Warner Bros. Television Writers’ Workshop (or WB Writing Fellowship) consists of three components, all geared towards preparing the writer for a successful career in television writing.
Lectures: Weekly lectures feature guest speakers currently working in television and include a mix of showrunners, directors, actors and agents. Each seminar will teach a new skill essential for surviving and excelling in a writers’ room as a staff writer and beyond.
Simulated Writers’ Room: After the lectures, the Workshop participants are divided into smaller groups for an intensive writing experience. Each participant will be required to complete a new spec script under the same deadlines found on a show currently in production. How participants perform during this exercise will determine whether they will be chosen for a possible staffing position on a Warner Bros. show.
Staffing: Upon completion of the program, Studio executives will help participants, who pass the Writers’ Room, obtain a staff position on a Warner Bros. television show currently in production. We can’t guarantee you will get staffed, but we will get your material in front of the people who make the ultimate decisions – the showrunners.
Number of applicants selected: Up to 10
Submission period: May 1, 2019 – May 31, 2019 (11:59 PM PST deadline)
Dates of program: October 2019 – March 2020
Eligibility: Applicants must have US employment eligibility.
Application requirements:
– One half-hour or hour spec script based on a primetime network, cable or online series that aired new episodes during the 2018-2019 season. (The specced TV show must be listed on their official website.) Applicants may submit up to two specs.
– Current resume
– A one-page composition telling “why you want to be a television writer and how your background will add a unique perspective to television”
Cost: Free