Why you really need to write a TV spec script

It’s common knowledge that the main requirement to apply for TV writing fellowships is a spec.
As in, a sample script of an episode based on an existing show–not an original pilot.

Despite this, the current TV industry seems to look more favorably at original pilots than specs.
That’s probably the reason you’ve asked yourself why you (still) needed to write a TV spec script.

Let’s take a quick look back at a time when specs were de rigueur when it came to breaking in.
Jane Espenson did a Frasier, Matt Olmstead wrote a Homicide script, and Dave Hemingson went for a Larry Sanders episode.
In fact, up until Enterprise, all Star Trek shows used to have an “open submission” policy when it came to recruiting fresh talent. That’s how Ronald D. Moore and Bryan Fuller got their start (among many).

Spec scripts were so prevalent in TV specifically (beyond pitching) because the medium requires a format that needs to be replicated. Over and over and over again.
You needed to prove that you could fit in that mold.

As original programming exploded, so did the request for “original material”. Which translated to pilot scripts being everyone’s calling card. Even for aspiring TV writers.

And here we are today, where (seemingly) only the writing programs and various screenwriting contests specifically ask for spec scripts.

So… Why are TV spec scripts still worth writing?

First, let’s go back to the point of a spec–

Simply put, a spec script is an exercise in imitation. You write a TV spec to showcase your ability to mimic the style, voice and narrative of the show you selected.

We just talked about television shows being about formulas and structures that are repeatable over several episodes. Even serialized shows akin to Breaking Bad, or anthologies like American Crime Story have a set number of acts, beats and stories.
Spec scripts show your ability to “fit” within those constraints. You’re already imposing them on yourself by speccing a distinct show. 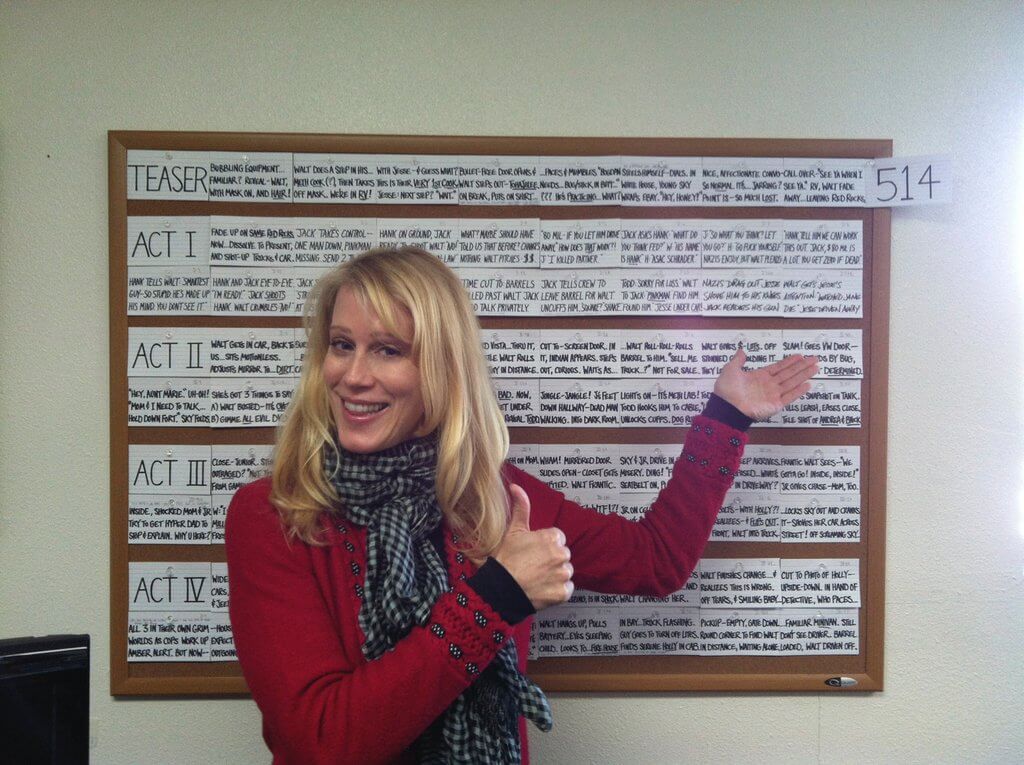 Television writing is also intrinsically communal. You will be in a room with X other writers, brainstorming and breaking episodes months on out.

Unless your name rhymes with “Rick Dizzolatto”, your first job as a TV writer won’t be as some EP-level showrunner whose vision will shepherd a multi-million-dollar company (AKA a TV show).
You will likely be a low-level staff writer. And as a staff writer, you’re paid to be a brain in the room and then translate the showrunner’s voice to the page. (Meaning you’re not necessarily hired for your stylistic talents as a raconteur.)

If spec pilots exist to show your unique snowflake of a voice, then spec scripts should remind people you can deliver a producible hour of television within specific guidelines.
In other words, your ability to be a TV writer.

Specs should not replace pilots, the same way that pilots should not replace specs. They’re complimentary exercises.
That’s why the real reason why you need to write a TV spec script isn’t because it’s some mandatory requirement on an application, or just another calling card in your portfolio.
You should be writing TV spec scripts because it is your job as a television writer to write spec scripts (albeit with WGA-mandated pay).

Think of writing TV specs like practice. The exercise of speccing a show is the closest thing to the experience of writing as a TV staff writer.
It may not be as bright and sparkly as creating your own pilot, but it’s the job you’re signing up for.
Researching what the show is. Brainstorming ideas that fit in that world. Breaking and outlining a coherent story. Writing and drafting a compelling script.
That’s the grind of being a television writer. (With complementary sugary snacks.)

What is the difference between a “spec script” and a “spec pilot”? (TV Writing 101)

Is it too late to spec? (Readers’ Mail)