Like many ooga chaka-ers out there, I saw Marvel’s Guardians of the Galaxy (and am now feverishly digging through obscure Wikipedia entries to claim irritation about Cosmo‘s portrayal in the movie). The very positive box-office results brought a discussion surrounding its supposed “surprising success” linked to its “unknown IP” (not the Internet kind). Both claims are worth the look.

First off, Guardians of the Galaxy is the first fun big-budget movie in a sea of depressingly dark fares. It’s arguably even lighter than the first Iron Man, which had “good people” dying in it. That movie was a relief, so I wouldn’t call this success surprising (albeit well-deserved).

As for the second part–the “unknown IP”–there needs to be a little more conversation.
Intellectual properties are something “people” have been complaining about. “It’s an invasion! All these adaptations, sequels, remakes, reboots, requels! Nothing original is being created!” The truth is Hollywood has been IPeeing all over for quite a while now. Remember Ridley Scott’s Monopoly? I do.
I won’t bore you with the “nothing is original” freshman argument since mine is other: all creative endeavors need to be branded (or from an existing IP–which is merely branding in another way). At least in the 21st century. And this isn’t about marketing 101, or a cynical way of looking at something creative. It’s about the increased importance of branding relating to writers and what they create.

A good example of this evolution is Breaking Bad, which premiered around the WGA strike. I and three other people watched the first season during the good ol’ days of 2008. I’m a hipster that way.
In the span of half a decade, it evolved into a bona fide IP. The show has spawned countless merchandising items (who doesn’t own a Pollos Hermanos t-shirt?), a Colombian remake, and an upcoming spin-off. Would you have yelled at Vince Gilligan five years ago for creating an “IP”? Hell no. Incidentally, Gilligan has become himself a brand, with CBS reviving his long-dead pilot Battle Creek.

What about a recent feature project that seems neither branded, or from an IP?
The same week I went to guard the galaxy, there was another flick that had just come out: Richard Linklater’s Boyhood.
Clearly not a known intellectual property (unless you’re talking about Tolstoy’s Boyhood–but who the hell is going to make a trilogy of biopics?).
Yet, Boyhood is branded. It’s a Richard Linklater film. 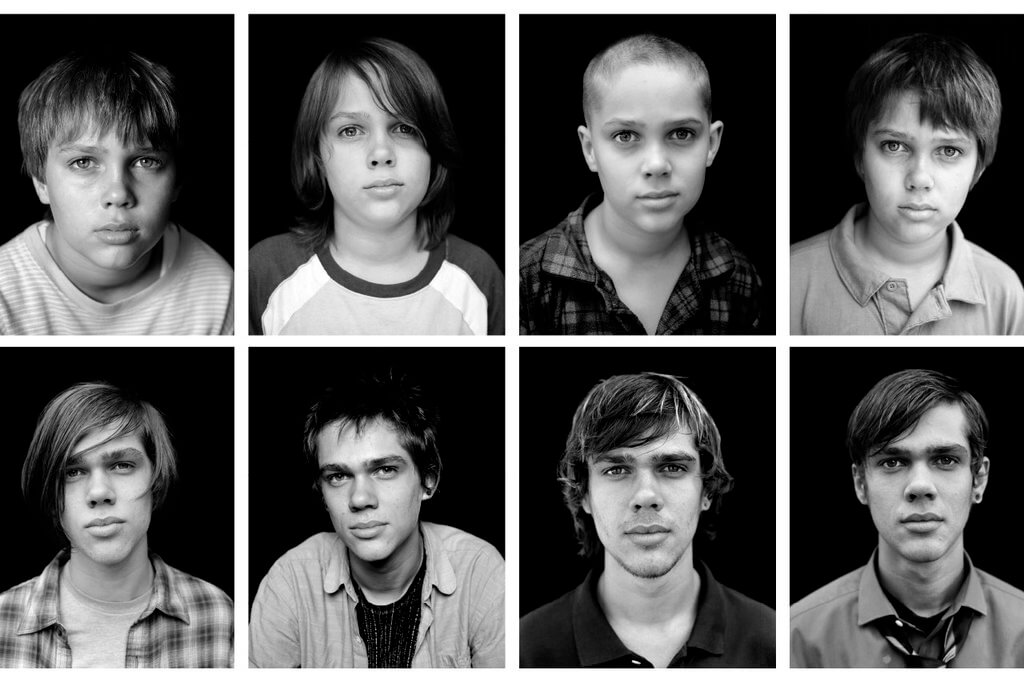 To me, Linklater is as clear of a brand as any other known film-maker. It may not be as clear-cut to you as Michael Bay’s explosions, or J.J. Abrams’ lens-fest, but you know what you’re getting with a Linklater movie: naturalism.

Brands are to flavor (or execution) what IP is to content. And don’t think I pulled “flavor” out of my ass.
Quoting Nicole Perlman, Guardians of the Galaxy‘s original writer, about James Gunn’s arrival on the movie:

We didn’t collaborate, they brought in James Gunn with his ideas, he was the director and added his “James Gunn flavor” and a few characters and worked off my script.

Like a lot of film projects, the original writer ends up being rewritten (you can read more on the Guardians authorship case over here). For better or worse, the idea is always to add (or replace in some cases) a perspective. Hopefully, the idea is not to take away from a project, but to add to it.
Which brings me back to the movie’s “unknown IP”.

Guardians may not have been a hot well-known property a few years back, but arguably neither were most of the MCU’s Avengers (to non-comic readers). Despite this, how many variations of the teams (and its members) have there been in comic book history? Many.
There’s a clear reason why Marvel has been selecting writer-directors for most of their features. They’re trying to give a definite, clear stamp on a character’s take. They want someone’s perspective, vision, to drive the MCU’s version of that character. They want the audience (and the industry) to know what they’re getting, one way or the other. See: Joss Whedon.
The studio is trying to find people to mesh with, but more importantly find people that can carry that vision with their brand.

“Brands” and “IPs” may seem like marketing terms, but it’s the reality we live in. Not because it’s the cheap way out, but because projects need to be distinctive. It’s a crowded media place. Just run walk saunter linger over to San Diego Comic-Con to see for yourself.
And that’s my overlying point: as a writer, you should carry an identifiable vision. So what defines it? When you go out and talk about (or pitch) your project, what do you brand it (or you) as? Whether you want it or not, that’s probably how your agent and/or manager are trying to sell you.
I’m not saying it’s a good thing. I’m not saying it’s a bad thing. I’m saying it’s just a thing to be aware of. Something that still should not detract you from your creative process (even if that sounds counter-intuitive). It can add to it. Perhaps clarify a single direction or path for your project. Maybe you were struggling to find the right tone, or potential market. But that’s step two.

No project lives in the ether. Your pilot will need to be identified as something. This isn’t meant to be a depressing fact. Breaking Bad was described as “Mr. Chips becomes Scarface”. For a few viewers in its first season, it was even just known as “Hal cooking some meth”. If it had been canceled prematurely, that’s probably what the world would have remembered. Instead, it thrived for years and ended as a hit. You die a brand, or you live long enough to become an IP.

Live from Avignon, it's Wednesday Afternoon!