HBO Labs (HBO’s digital media studio) has a new web series starting Oct. 1 and starring some famous online faces such as LonelyGirl15’s (and Greek’s) Jessica Rose, “Mr. Safety” AKA Cory Williams, sXePhil and Michael Buckley from ‘What The Buck?’.
The website will also allow fan to interact with the stars.

Now, I’m not really a big fan of YouTube web series.
To be honest, I have never watched any of those “shows” (and probably won’t watch this one), but it still helps to show that the future of entertainment is strongly linked to the Internet and content should be thought “outside the box”, literraly.

Or the show will sink.

In any case, if you do want some amazing, funny, professional online original content, then remember that Strike.TV exists for a good reason.

In other media news, did you peeps see this week’s EW cover (and Q&A)? 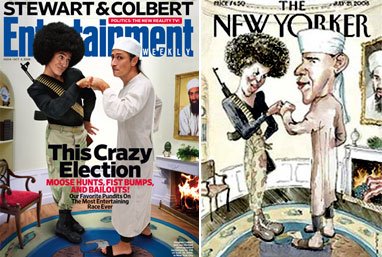 Now that’s what I call a Colbert Bump.

Two Strikes and who’s out?

Why TV is where you must be

This just in: Strike is coming
Category TV Business
Leave a Reply