It’s a great time to be a Survivor fan.

The show is standing very strong, often finishing number one in its timeslot. Next season is ‘Second Chance‘ (Season 31). It is a very anticipated season for many reasons. For one, it is the first All-Star in over half a decade (third overall). It is also bringing back both new-school and old-school contestants, spanning the thirty seasons. And for the first time in its history, the choice in Survivor‘s casting is going to come down to people’s votes.
That’s right, there’s a big Survivor election campaign going on right now. All the famed contestants are becoming very involved with the various fan communities, and cranking a lot of awesome content all around. (Unrelated shout-out to Rob Cesternino‘s great podcast empire). 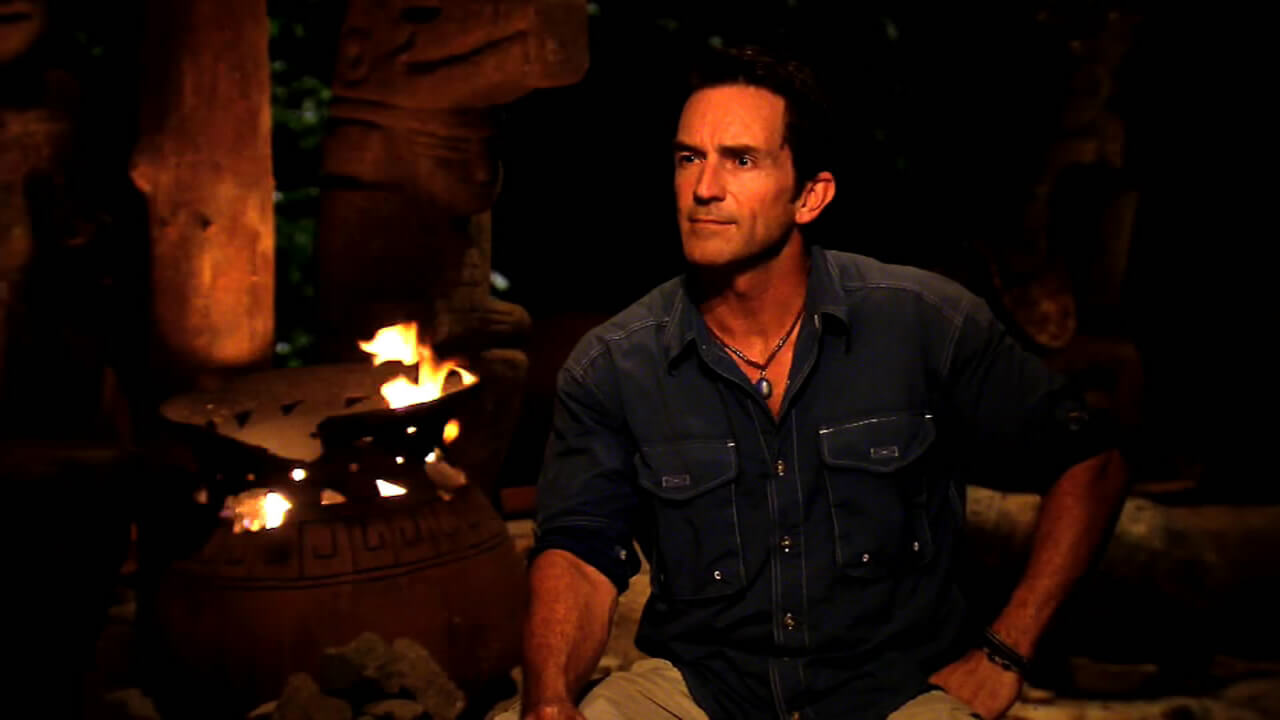 Don’t get on Jeff’s bad side.
If you’re a TV Calling follower, you know that I’m a big Survivor nerd. Way back when, in the very first year of this site, I wrote about the show’s first HD season at the time (in Gabon). Although I used to watch the French version of the show (Koh-Lanta), I do believe the American version is truly superior. Both on a strategic/game level, and in terms of narrative. Yes, narrative.
There’s a reason why, thirty seasons deep, Survivor is more compelling than ever. And it ain’t just twists and backstabbing.

Sure, Survivor is a great social experiment, but it is just as much an amazing storytelling experiment. I’d go so far as saying Survivor is still one of the best shows on TV as well as being, week-to-week, one of the best stories told on TV. Take great players/characters, put them in provocative dilemmas, and you have a recipe for thirty seasons of success. That’s your basic template, but like any great backdrop, it is only a stage for the story to be told. A structure with its own acts. Favorite characters get eliminated, underdogs rise to the challenge, rugs are pulled from under them.

An interesting example of Survivor storytelling is the now-iconic Survivor: Vanuatu (Season 9) and its winner, Chris Daugherty. Vanuatu came out right after the first All-Star in 2004, and it has been somewhat forgotten because of it (or at least gotten a bad rap). Daugherty is considered to be one of, if not the series’ unlikeliest (and most polarizing) winner. He blew the first immunity challenge on Day 3, and was on the chopping block in the first tribal council of the season. He was also the last man left standing by Day 27 (out of 39) in a “Men vs. Women”-type season. An underdog, he end up surviving an extra five (!) tribal councils, outlasting everyone to win and become the sole survivor.
Funny 115‘s Mario Lanza has argued that Vanuatu‘s entire structure was crafted around a very specific goal:

I have always believed that the producers of Vanuatu wanted to see what would happen if the men and the women really did have a gender war, like they had expected to have happen back in Amazon. So they baited the women in the first episode, they sent them into a furious “woman takes all” gender war, and it all backfired when Chris ended up taking home the million dollar prize. The producers did all they could, they did everything they could to ensure that the men would be hated and the men would then be destroyed.. and then it backfired in their faces when a borderline-sexist unlikable slob defeated everybody. So yes the producers got their gender war, yes they got the women (and the audience) to hate all the men, but no they didn’t get the winner they had been hoping for. And if Vanuatu ended up unpopular because of this, the producers really have nobody to blame but themselves.

Whether or not a “gender war” was really the goal behind the season, it is undeniable that the entire narrative of Vanuatu primarily revolved (and evolved) around this “Men vs. Women” mentality. Right down to its last twelve days and Daugherty’s last stand. He was an unlikable person in an underdog position within an unpleasant tribe. So who is the audience supposed to root for? Well, that’s up to you. 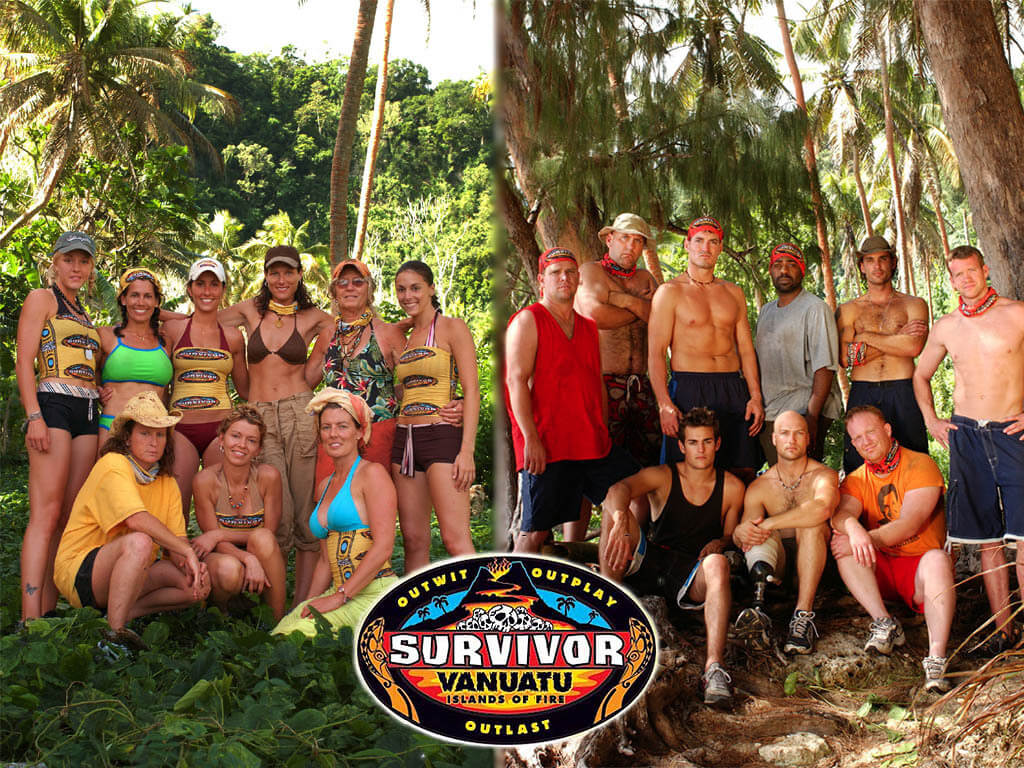 Survivor has over thirty seasons of complicated, compelling, and not-so-compelling story arcs. Sometimes the edit telegraphs the winner (so-called “winner’s edit”). A great season keeps the audience on its toes. Like any good story, you want to know what happens next, and you are surprised when it does.
So, what makes or break Survivor? Simple answer: its players. Casting is truly the key component of the game.
As Jeff Probst said himself, what they’re looking for is a player who is “a great storyteller”. When you get a bad cast, you get a bad season. Survivor: Nicaragua (Season 21) is an infamous example of bad storytelling. Few compelling players, few compelling stories to tell. Survivor: Samoa is also a sore spot for most people, thanks to an edit that completely drowned every player (winner included), except for the villainous Russel Hantz. He would return in the following season, the second All-Star, aptly named Heroes vs. Villains (Season 20). HvV turned out to be one of the most seasons beloved of the franchise. It had great casting, great dynamics, and it concluded many “character arcs” of previous Survivor legends. The true tent-pole of the series so far.

Over the years, Survivor has crafted its own mythology of characters you want to see return (and some you wouldn’t). That is why the upcoming Second Chance is already such a fascinating season. Usually, when contestants are revealed to the public, it’s months after the season has been shot and edited. This time around, we get to interact and vote for the cast itself before it even begins. And it’s all returnees! On some (small) level, we are the instigators of the story. 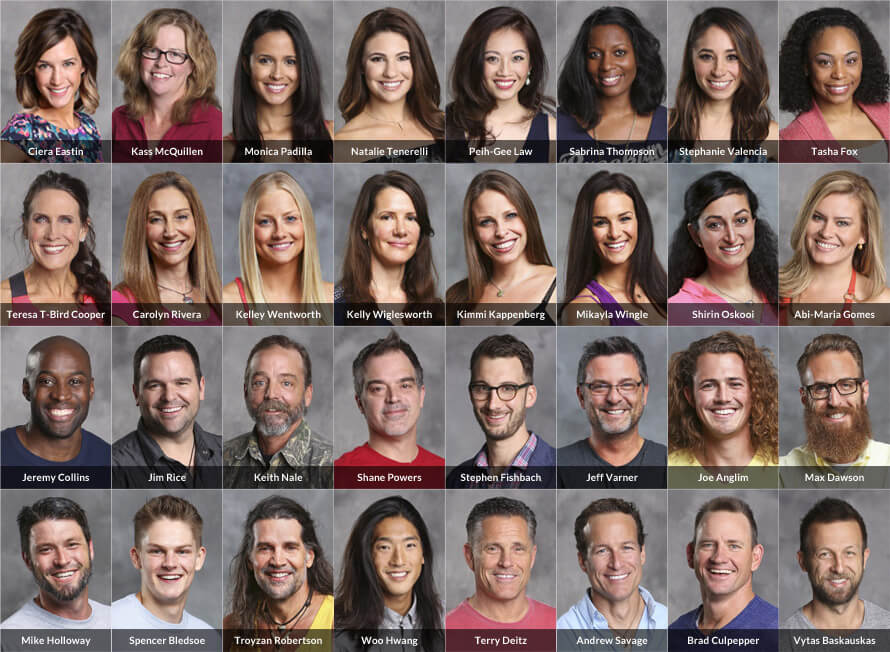 The 32 candidates for Second Chance. Worst. Yearbook photos. Ever.

This concept of players being characters in Survivor‘s bi-annual story didn’t get any more self-referential than on Survivor: Philippines (Season 25). All thanks to one of the best players to truly leverage the show’s own narrative: Jonathan Penner. He was playing his third go-around in Philippines when Penner actually said the following to The Facts of Life‘s Lisa Whelchel—all on the show itself:

The audience is going to watch you, and they’re going to say, she’s being loyal, to the people that she’s been loyal to all along, and that is a wonderful thing. But they are not going to be happy that you are helping these three guys go further. And I’m not going to try to get you and Skupin to come over to my side, but I hope that you and Skupin do the right thing, and tell a better story.
Listen, I don’t want to get in your head, I’m not trying to, I’m just talking, this is just my perspective on story. And you’re in the thick of it. You might be the fulcrum character.

Talk about being meta. 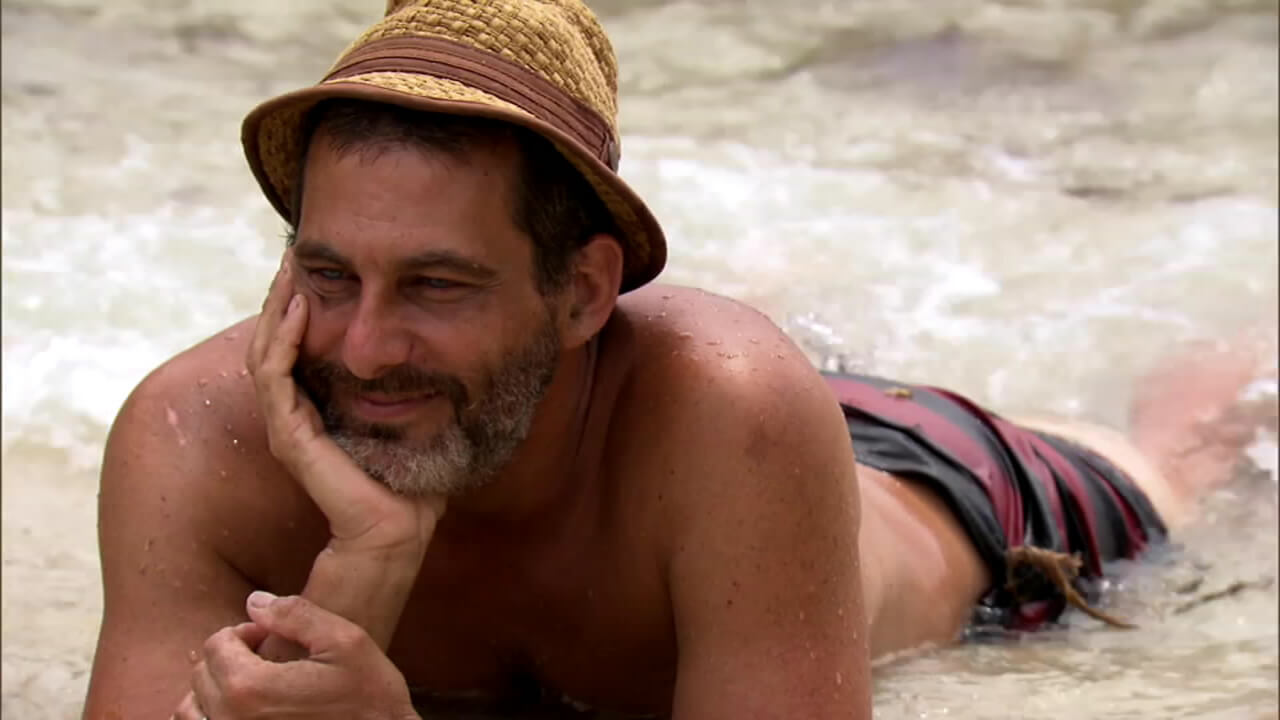 The trend has continued in recent seasons, with many players banking on projecting a specific persona and (trying to) craft their own narrative on the show. They’re usually unsuccessful. The production and editors—the real storytellers of the show—have their own narrative in mind (often dictated by the story they want to tell and/or the winner and major players). See the aforementioned Vanuatu.

This “meta” component of casting self-aware contestants might have reached its apex in the last few seasons. Players who were raised as fans of the show were referencing previous seasons in their own games (something production was vehemently against for the longest time). One of the show’s biggest fans famously even won Survivor a few seasons back. It will be interesting to see how it continues to evolve in years to come.

Bojack Horseman writer Scott Chernoof and Rick & Morty composer Ryan Elder recently started their own Survivor podcast: Snakes, Rats and Goats. This week, the duo chatted with one such player. Max Dawson, one of the players of this season and potential Season 31 returnee, taught a class on Survivor and is now media consultant. The three dug deep into the show’s storytelling and the narrative of it all. It is pretty insightful and I suggest listening to the episode (at least its first 90 minutes).

Earlier this year, NPR’s Linda Holmes did an engaging expository article on why she loves Survivor (I recommend any non-fan to at least take a gander). Holmes pointed out:

I’ve met a certain number of people who have been on these shows, and never have I thought, “Wow, my feelings were the result of careful editing, because this person is not the way they appeared on television at all.” Nor have I ever had one say, “You know this other person who was on the show with me? Really not the way they appeared at all; that was manufactured by the show.” People are more complicated than they seem, sure, but that applies in any setting — people you know only at work are more complicated if you see their home lives. All perspectives on other people are limited and lacking in nuance when they occur at a distance, whether it’s on television, on the internet, or in person.

The discussion about the role of storytelling in Survivor has really just begun. There’s a lot to say about the show and its narrative evolution over the years (thirty seasons and counting!), so it’s likely I’ll come back to it at some point.
In the meantime, I hope you appreciated this brief overview of the show. If you did, I recommend checking out the lineup for Second Chance, including the players’ videos, and how they present themselves. (You can even vote for some them!)