The title refers to what Isaac Asimov would have said about the Sci Fi/Syfy name change, at least according to Mitch Rubenstein, a co-founder of the Sci-Fi Channel soon to be named the same as a venereal disease.

What would Isaac have said if the name was instead SyFy Channel. He would have said (we believe): That’s just plain dumb. 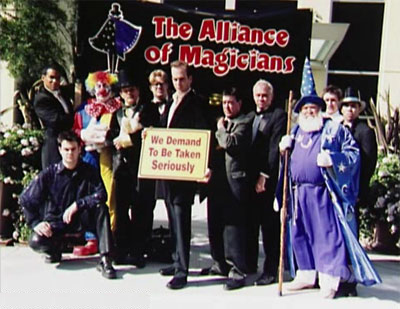 The Syfy executives here seen posing for the fans

The outrage continues following the announcement last week of a massive rebranding of the cable SF network.

So who exactly is for this name change?
Beats me.

Continuing on Syfy infos, the network is setting up three minis, all of them adaptations, and two of them backdoor pilots.

The first one is Riverworld, based on the fantasy book series by Philip José Farmer, about a world occupied by everyone who has every lived on Earth.
It should be noted that the characters (and/or historical figures) will be played by actors in their 20s.

The second one, however, is based a comic-book character created by Lee Falke.
I am of course talking about The Phantom.
For those who know what the hell is going on with the character, the story should focus on the 23rd Phantom. 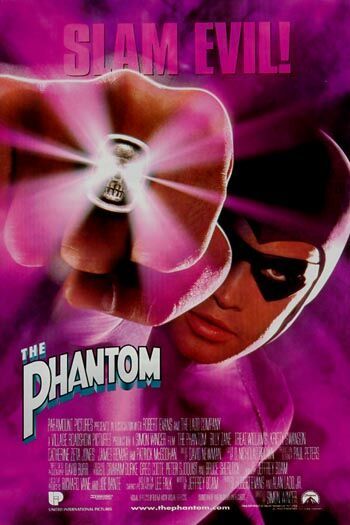 Not an actual poster for the Syfy mini

What is even more interesting is who is behind the script: Carnivàle‘s own Daniel Knauf.
I can’t wait to see it.

But we’re gonna have to wait.

Both four-hour minis (or rather TV-movies) use basically the same format as previously used for Battlestar Galactica. So, if succcessful enough, prepare to see two new shows in a couple of years or so.
The two minis are scheduled to premiere sometime next year.
Me thinks Caprica will be part of this little scheduling game.

Syfy has also ordered Alice, a new take on the Alice in Wonderland classic. This retooling should be in the same vein as Tin Man was for The Wizard of Oz. The adaptation is currently planned for a winter broadcast.

Despite the shitty brand management, at least we can look forward to a few things.

Syfy is a serious condition, please consult your doctor immediately.