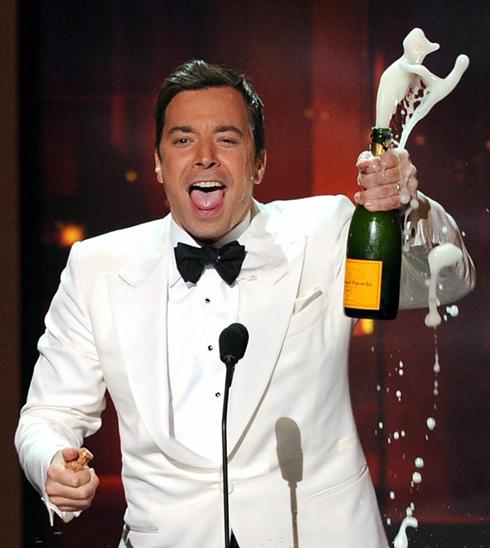 For once, the opening Emmy number was good (surprisingly). It was also a nice big ad for FOX’s Glee…on NBC.
I do have one major caveat though: Jimmy Fallon, please stop singing.
I mean it.
We could all tell you had a hard time catching your breath and you were pretty much completely off-cue during the live part of the song.
I do wonder why they didn’t use Auto-Tune like Simon Cowell. 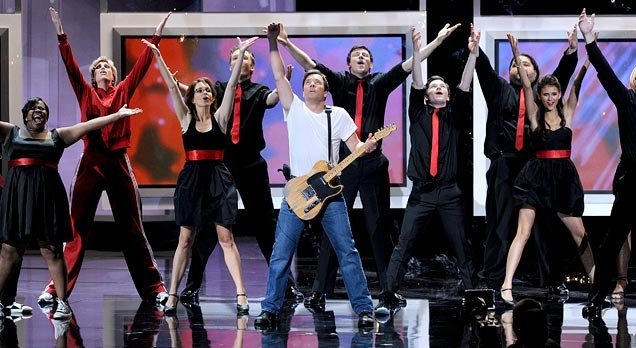 The best moments of the night didn’t come from Fallon (as expected, like the Conan jokes), but from Neil Patrick Harris, Ricky Gervais, and even a clip featuring the Modern Family cast discussing ‘options’ with a fake suit.

The running-gag of Twitter jokes was as bad as that time we had reality presenters as actual hosts of the Emmys. Remember?
You shouldn’t be scarce on jokes when you’re hosting an award ceremony, that is all.

There were several awkward moments during the night, especially with some presenters. The first one coming to mind is the Matthew Perry/Lauren Graham duo that epicly bombed.
That was soon followed by John Krasinski forgetting his lines–even though the teleprompter was right in front of him.
Awkward.

This year was also the year of popular vote it seems, with lots of newcomers and fan faves winning. Jane Lynch, Jim Parsons, Eric Stonestreet, Aaron Paul, you name it.
And, yes, Bryan Cranston did deserve to win again!
I’m however sorry to point out that Eddie Falco was not the best choice as Lead Actress in a Comedy. She even admitted it herself. 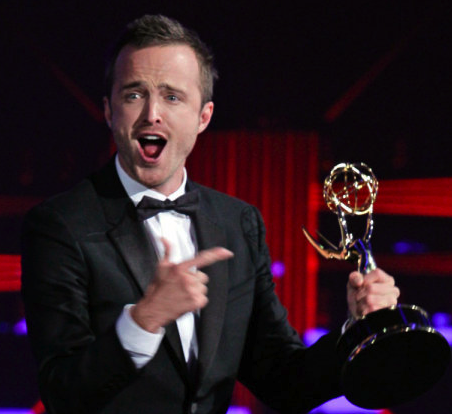 Still nothing new under the sun regarding the Best Drama-type categories, which brings me to this now-popular joke: Will Erin Levy get fired for winning an Emmy? *rimshot*

Lost didn’t win anything.
I find it sad that Darlton actually used as their Emmy joke a true anecdote showing how poorly planned their mythology was. Though that’s old news by now surely.

It’s funny that the Emmy peeps recycled last year’s bottom-screen announcement, such as ‘George Clooney in 17 minutes’ or ‘True Blood cast in 21 minutes.’
I mean really?
Is that what people watched the show for, or is NBC that desperate to get eyeballs?
Funny to think that the cast of True Blood is also seemingly as popular as Clooney.
At least this year they didn’t pull out the ‘In Memoriam in 30 seconds‘ card.