The Emmys still fail.
There, I said it.
Despite Neil Patrick Harris doing an incredible job (obviously way superior to last year’s abysmal opening), most of the results did suck. 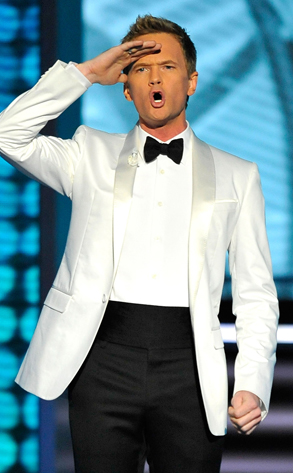 Obviously, there were no major surprises regarding who won the major awards.
Overhyped much?

On a completely random subject, I was surprised to see Elisabeth Moss kissing Fred Armisen. 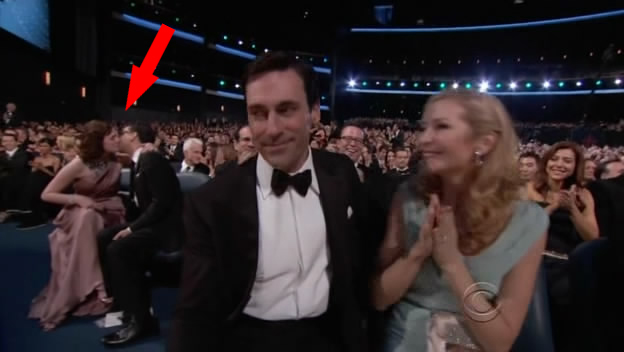 Turns out, they’re engaged.
(Yeah, I’m not one to peruse the E! Online pages)

And was that a dig from Glenn Close at the poor writing from Damages’ Second Season?
Said Close:

I wanna begin by thanking Todd, Glenn and Daniel for giving me, probably, maybe, the character of my lifetime — depending on what they do this season. (awkward laugh)

Anyways, Little Dorrit garnered the most Emmy wins of the night with a total of seven, closely followed by Grey Gardens.
I was pretty disappointed that Generation Kill didn’t win best mini-series. Poor Flight of the Conchords never had a chance either.
30 Rock is at five, one more than…Pushing Daisies, the second TV show on the list!
Kristin Chenoweth winning was both surprising and well-deserved.
HBO dominated the Emmys with 21 awards (NBC comes in second with 16, ABC third with 11, and FOX fifth with 10).

It’s funny seeing how the Academy of Television Arts & Sciences categorizes the web-based wins.
For instance, the network (yes) for Dr. Horrible Sing-Along Blog (which won “Outstanding Special Class – Short-Format Live-Action Entertainment Program”) is actually drhorrible.com.
For you Lost fans out there, in case you didn’t know, the show did win something else: “Outstanding Creative Achievement in Interactive Media (Fiction)”, thanks to the latest Dharma Initiative ARG.
As you might have guessed, the same thing applies here; dharmawantsyou.com is listed instead of ABC or some other studio.
Ironically, this was the worst received of all Lost ARGs.
That, and the website is now dead.

Even the NBC web-based content (such as The Late Night with Jimmy Fallon Digital Experience) is not filed under NBC but NBC.com.
It’s certainly an interesting shift to note, especially given the fact that this year’s broadcast seemed to be under the theme of network failure.

Moving on to the other wins, I was very happy for both Bryan Cranston and Michael Emerson and was even more ecstatic to see Kristin Chenoweth win.
Cherry Jones is a great actress but her 24 material was pretty weak compared to the extraordinary In Treatment.
Sadly, Colbert didn’t win anything. I’m awaiting the fallout next Tuesday.
There was a bit of an emphasis this year on Battlestar Galactica (probably since it was its last season).
First, a few clips were shown in the “One Year of Drama” section. Pretty late in the game for that, especially given the quality of the final season.
Also, Bear McCreary’s fantastic score for the series was used for the same section.
Pretty neat.

However, perhaps the most talked-about moment from last night’s show was the “surprise” appearance of Dr. Horrible. 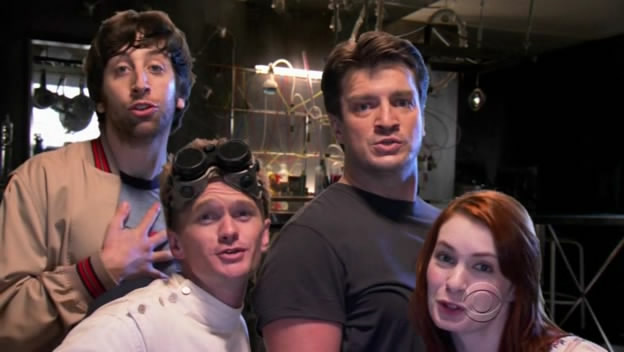 Now that was great.

On the polar opposite, we have CBS advertising in the middle of an acceptance speech the In Memoriam! 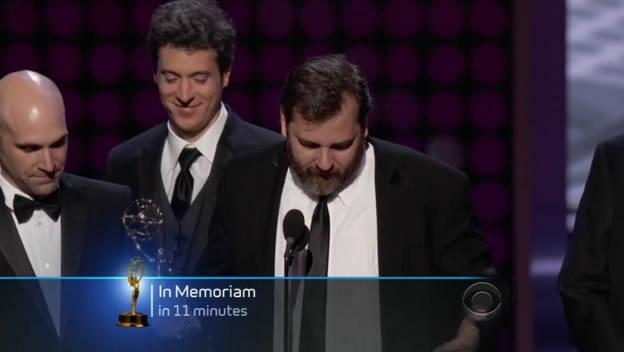 Despite this little mishap, and a few skits that bombed (like that “greatest TV fan badly seated” one), these 61st Primetime Emmy Awards were definitely enjoyable, if only for Neil Patrick Harris.
Certainly not for their results though.