Ten years ago, one of the greatest American series debuted on television: Six Feet Under.
Concluding in 2005 with one of the best finales in TV history, the show broke new ground with its emotional and riveting stories. The series dealt with many day-to-day issues, including family, sexuality, relationships, and of course life & death. These are some of the lessons learned from this amazing character drama.

[Since I’ll be talking about Six Feet Under as a whole (including the series finale), I highly recommend you watch all five seasons of series before reading this post — it’s worth it.] 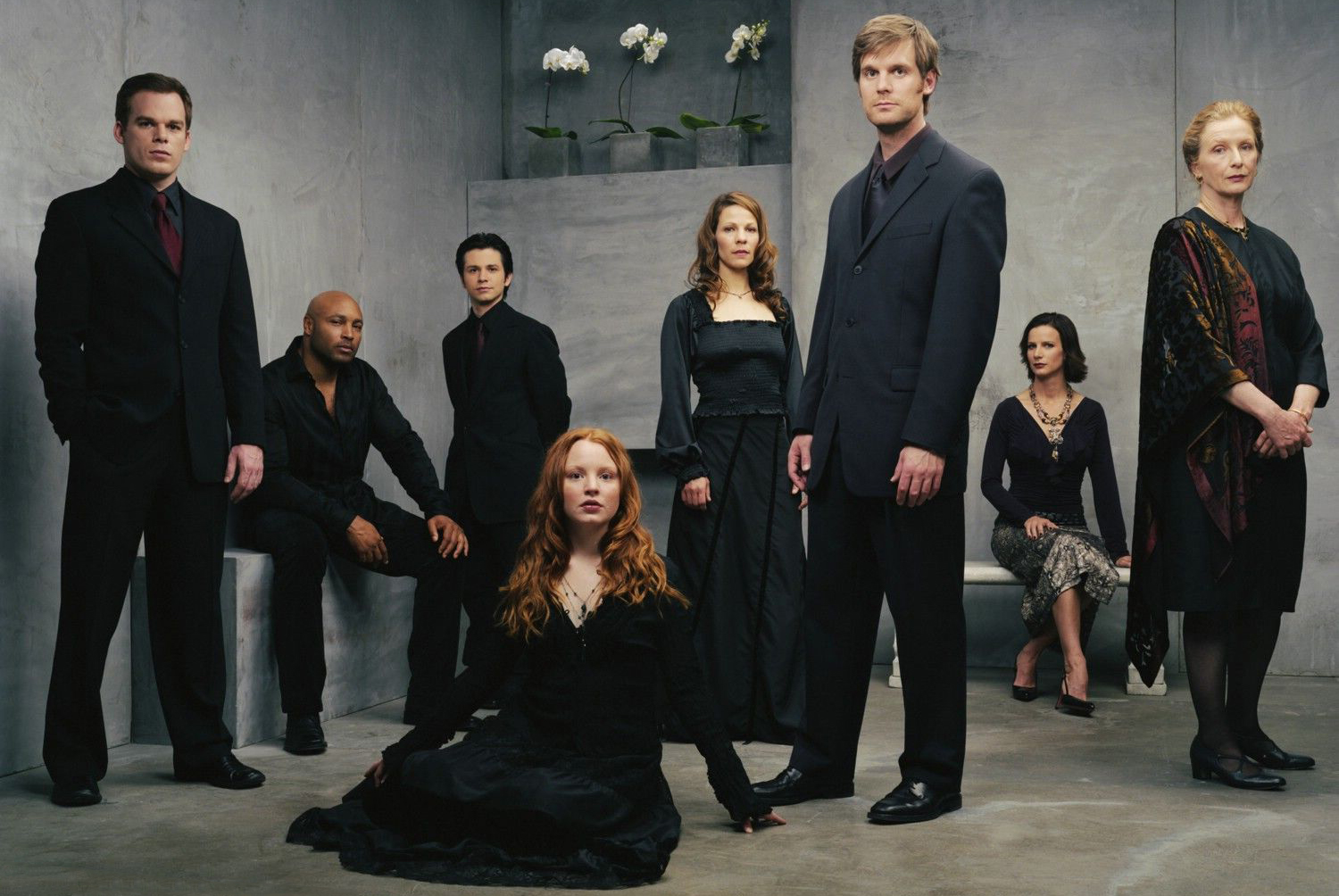 Lesson 1: Life is a prism

Never will your neighbor, your friend or even your brother think the same thing as you since each person has a different life experience. This translates directly into the way you, and your characters, view the world.
Different characters have different viewpoints, and the money in character relationships is where characters are trying to convince each other to change their mind.
When we meet them, Nate and David couldn’t be more different in their views of the family business. The former tried to escape this world as soon as he can, the latter abandoned his lawyer dream to be a mortician. During the life of the series, Nate is, despite himself, transforming into his father while David searches for his own identity. Both disagree on what death and the business is/should be, but they’re still brothers at the end of the day.
Beyond characters, the “prism” aspect of life also directly translates into the story. Each episode of the show centered on a different death, and more importantly how the funeral home dealt with it (and how it resonated through them).
When a grieving widow confides in Rico that she barely remembers her (now dead) ex-husband, Rico (and the audience with him) immediately think of his own fragile marriage on the brink of a divorce, slowly being erased from his family.
We’re all humans and therefore see the world in our version, our own “first-person POV.” It is vital that you represent that kind of polarizing diversity in your characters since no one is a clone of another person. Note that diversity and polarizing viewpoints do not mean a Manichean black/white division of your world.

If there is one thing Six Feet Under does better than any other show on television (besides Breaking Bad), it is to play up the silence. The “moments in between” are the moments of the show (arguably another big difference between film and TV in general). Continuous action is not needed to hold continuous interest from the audience (you don’t see a car explosion every episode, let alone every act).
It can be good to have an explosive monologue you build up to where a character pours out all of his/her emotions, but how often does that happen in real life? People rarely say more than a few words at a time, and most of life happens without words.
In one of the finest scene from the series finale, Ruth calls Maggie to get closure on her son’s death, asking her if he was happy in his last moments. The crux of the exchange doesn’t come with Maggie’s answer but by Ruth’s gasp for air, more indicative of her relief than anything else. Sure, a lot of it is due to the actor’s performance, but it also means the writer trusted his writing enough to write less. He knew it was the best option instead of doing a tedious/on-the-nose remark.
The old expression still holds true: Silence is golden.

Lesson 3: It’s about what is happening, not why

In other (canned) words: “it’s about the journey.”
Don’t get me wrong, you need to have reasons for putting X character in Z position, and you should be able to track your story’s progress plus ram up the tension at the end of your third act. Yet, a show isn’t a logical math problem with a solution. There should be some kind of reason for your madness, but all of this is for you, the writer, not the viewer. Your audience isn’t made up of robots analyzing and deconstructing beat by beat your show to determine why you put this and that there (at least not subconsciously). A show needs to not only live and breathe but more importantly be emotionally engaging.
So what does that have to do with “what is happening”?
Well, when you’re in the world, you (almost) never ask yourself “why is this happening?!” (unless you’re in Lost or a philosopher).
Your characters can question the “what” and do a spiritual search to get answers to “why” (after all, that’s the central question around life/religion itself), but unless you want to alienate your audience, it is never a good idea to remove any shred of mystery and actually answer the mysterious question.
Why do you think the Six Feet Under series finale is not only considered the pinnacle of the show but one of the best finales ever? The characters’ lives are (literally) concluded, but everything in between is left open-ended. We were only privileged to a slice of their lives, part of their journey. You cared about the characters and you lived with them. The show offered the perfect amount of closure.
Think of it this way: Life doesn’t have a point, it is the point.

Lesson 4: Unknown is better than known

Continuing on the “less is more” philosophy, no one is omniscient, which means you know next to nothing besides your limited point of view (no offense).
This directly translated on screen in the show with Lisa’s terrible, unknown, fate.
For the second half of the third season, Lisa, Nate’s wife, goes missing. Little by little, Nate worries and pretty much goes insane not knowing what happened to his wife. All of this builds up to somewhat of a closure to the arc that won’t happen until a season later. I say “somewhat of a closure” since even then, it isn’t really a closure. Just like in life, you don’t know what really happened to Lisa, simply the consequences (i.e. death).
Dread is a powerful emotion oftentimes ignored. Fear of the unknown is also a great motivator for people to take action (no one wants to see a hero wallow in self-pity).

What to take from the show (Part One)

Before mythology or adventures, a show needs to be about people true to life. No one is one-dimensional and no two people share the same exact limited point of views. Treat your characters as such.