[Since I’ll be talking about Six Feet Under as a whole (including the series finale), I highly recommend you watch all five seasons of series before reading this post — it’s worth it.] 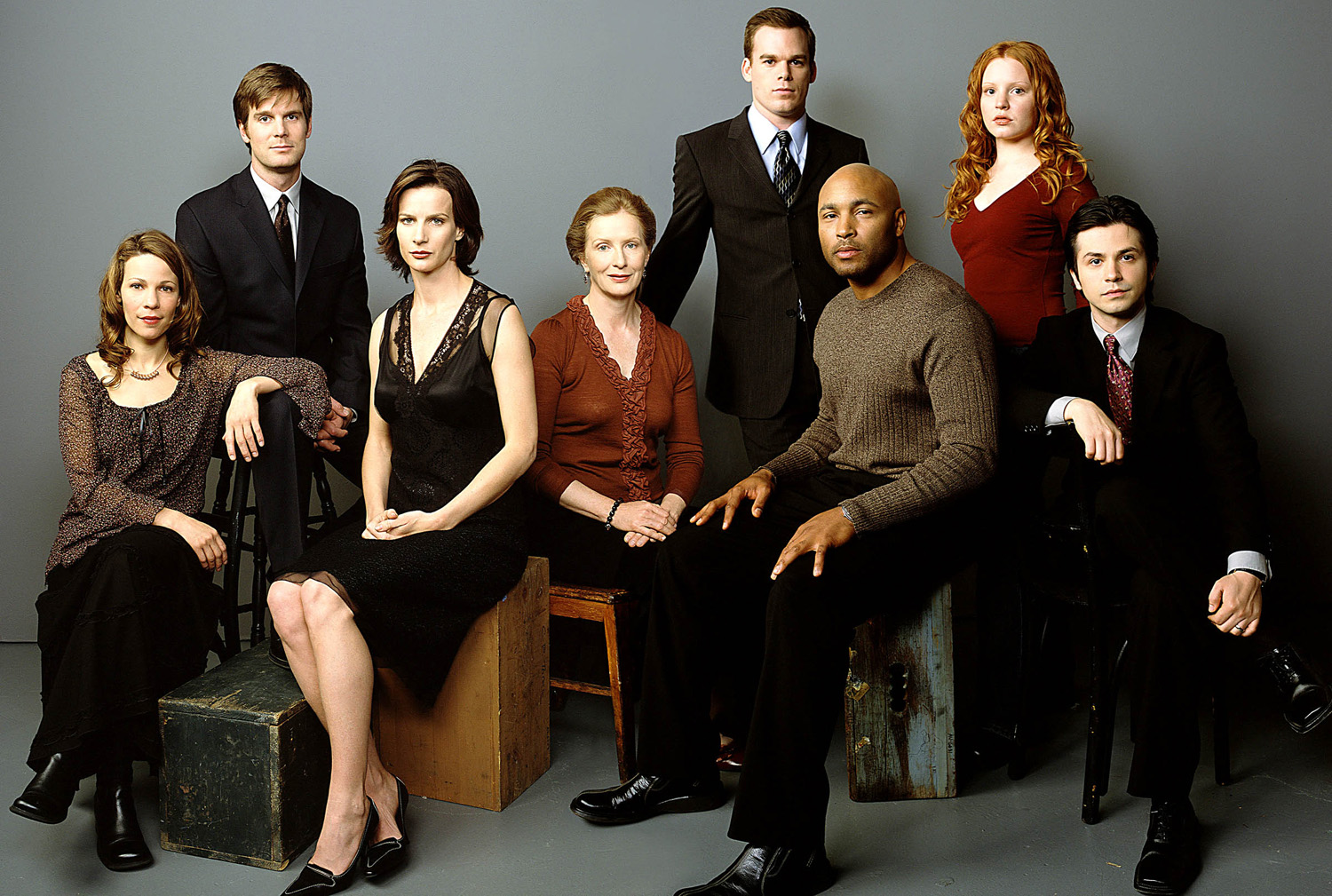 Looking at its structure objectively, you can’t deny that Six Feet Under was a formulaic show. Every episode started with a death, and the audience expected that.
All of this was subverted several times during the course of the series. You thought someone was dying a horrible death when, ultimately, it was someone else entirely. One episode opened with a man about to light his stove with a match and being distracted by a phone call. You expect him to die in a gas explosion, yet the death ends up being a mad-man gunning down the call center at the other end of the line. A season finale had a Kroehner employee playing golf with his boss. The audience arguably was rooting for the character’s death (given his antagonistic presence on the show), but an innocent bystander was the victim of the episode. The show also turned the whole concept on its head in its final episode, by opening with a birth instead of a death.
All of that is to say that, as formulaic as a show can be, it doesn’t necessarily mean you have to do the same thing over and over again. Formula isn’t a prison; it is merely a delimited playground.

Lesson 6: Have something to say

Six Feet Under was a very intense show dealing with a wide array of sensitive issues, most of the time in the rawest form possible. They didn’t sugarcoat the real world.
More importantly, each episode had its own theme that resonated with the various characters. Most of the times, this was launched by the opening death. No story was random; it had a reason to be on the show besides “stuff happens.” It always told something about the characters and the world. A young homosexual is murdered. David is forced to confront his own sexuality and relationship with his mother.
We talked earlier about different character point of views, but each episode also needs to say and show something different from the previous one. If your episodes are clones of each other by telling the same story over and over again, you might as well put on reruns.

Lesson 7: It’s okay to think ahead

Despite all the somewhat hackneyed “live in the moment” stuff I said in Part One, a show needs to have some kind of plan, or rather arc(s). And I’m not talking about a smoke monster.
Six Feet Under had under its hood multiple arcs layered and mixed into each other. The show was as much about the characters as what happened to them.
In season two, Brenda befriends a prostitute and starts having, let’s just say, a sexual awakening. Although at the time it may have seemed to be somewhat gratuitous, it was (and is) in fact a key part of the Brenda/Nate dynamic that unfolds in the given season. The prostitute storyline is set up early on, while Nate and Brenda are not yet married. Later on, when they do get hitched, all of this comes to bite Brenda in the ass, and the couple calls it quits. In this small example, Brenda had at the very least two arcs going on within her relationship with Nate beyond “the relationship.” I could enumerate many more arcs within it — Billy, her parents, etc. — however you get the point: nobody goes through one thing at a time.
This is not Inception, but, as you can see, shows (and life) tend to be “arcs within arcs”. All the more reasons not to get lost in your own world and actually think of the future a bit. Your stories themselves will likely improve (badly plotted arcs tend to stick out like sore thumbs by either going nowhere or ending in a tailspin).

Lesson 8: Stay with the emotions

Like we’ve seen before, there needs to be an emotional connection between the audience and the show. Six Feet Under pushed that to a new level by oftentimes “staying with the emotions.” It might seem contradictory from the famous advice of “quitting a scene at its height”, however sometimes it’s worth sticking with a central A story all the way through.
In one of the most intense episodes of the series, David is taken hostage by a psychopath. Although the episode starts like any other (A/B/C/D stories mixed), midway through, the focus shifts entirely towards David’s nightmarish situation. Not only is over half the episode devoted to that storyline, but, more importantly, once the situation heightens (i.e. when you understand midway through the episode that the other guy is a psycho), the episode grabs you and doesn’t let you go until its final seconds. Clearly the writer wanted the viewer to be put into David’s shoes. “Staying with the emotions” (in this case overwhelmingly negative ones), is one way to heighten both the tension and importance of the episode (anything can happen).
Viewers are now used to a fairly quick back-and-forth between scenes, so when you disrupt that dynamic and devote several pages back-to-back to a single storyline, you’re making a point.

What to take from the show (Part Two)

Stories need to be both relevant and interesting, but more than that they need to be engaging to the audience. Whether by intensifying its importance or managing expectations, the attention and structure given to a storyline is potentially as important as the plot itself.