With its five seasons, Breaking Bad redefined in many ways what a serialized show could accomplish. The little drama that could surpassed everybody’s expectations and left behind an amazing example of what television should strive to be.

In the span of five years, Breaking Bad literally decupled its audience, going from under a million viewers for the series premiere to over ten million for the series finale. And it’s all thanks to a lot of binge-watch. “Marathoning” a TV show is nothing new. We all love to either catch up on, or watch for the first time a great show back-to-back. I’ve actually talked about this previously in regards to the impact on serialized shows. But this is something different.

With the advent of Netflix and other great streaming services, Breaking Bad was able to capitalize on its serialization where other shows had previously failed. Word-of-mouth coupled with amazing cliffhangers (i.e. the need to watch the next episode) cemented its online boom.
It started out as a niche show that caught on with the popular success only coming the last couple of seasons. It is without a doubt thanks to the unprecedented access to Breaking Bad‘s previous seasons that viewers were able to not only catch up on the show but tune in live for the final episodes. Bad was the first drama to fully benefit first-hand from the one-click-away access to its serialized episodes. Everybody caught on just in time for the final season. With only a couple million viewers watching the series “live” during most of its run, it isn’t a stretch to believe that more people actually watched the show on Netflix than on AMC.

We’ve already talked a bit about the realism of the series and its other strengths. Not the least of which is, without a doubt, the way it downplays a lot of it stories. Only a few shows have been dramatically successful at keeping their most intense scenes around characters (as opposed to action or mythology). Breaking Bad not only excelled at these moments, but showed that you didn’t need to have big and crazy moments to get a large viewership. Intense drama could come from the smallest of scenes and the littlest moments. It was also one of the most thought-out shows in history, with every details counting for something bigger. Subtle callbacks or clues that you would barely notice. 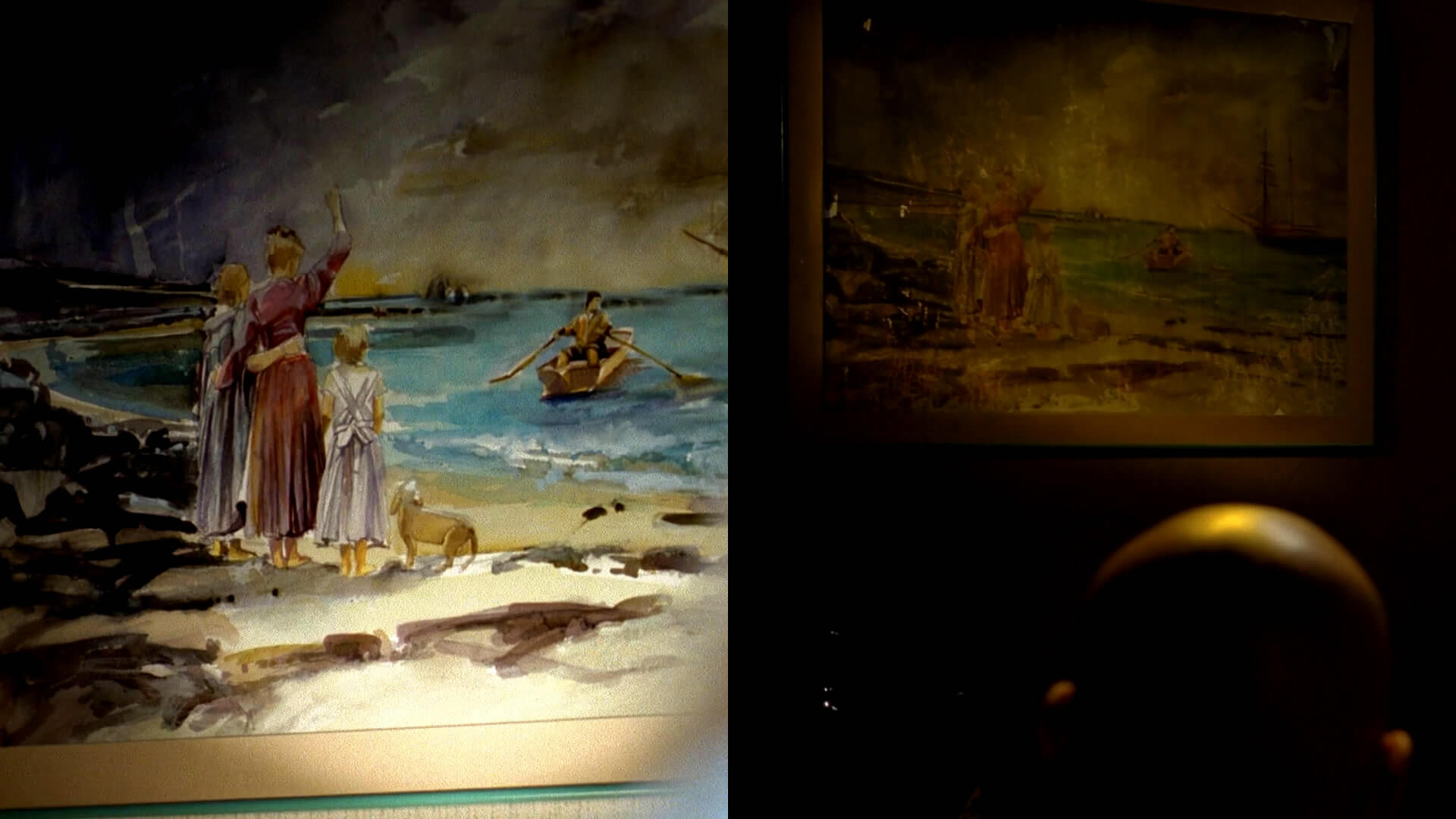 A cross-season example is a painting that appeared twice in the show’s history, in very different circumstances. The first time was in 2×03 (“Bit by a Dead Bee”), with Walt waking up in a hospital bed after his “fugue state”. The second time the painting appeared, in 5×08 (“Gliding Over All”), Walt was ordering multiple murders from neo-nazis. “Where do you suppose these come from? I’ve seen this one before. Are they all in some giant warehouse someplace?”, he nonchalantly wonders. It’s a subtle detail that echoes back to another subtle detail three season prior. It’s also as much a callback as it is a subtle reminder that everything happening in the episode has ramifications beyond it. 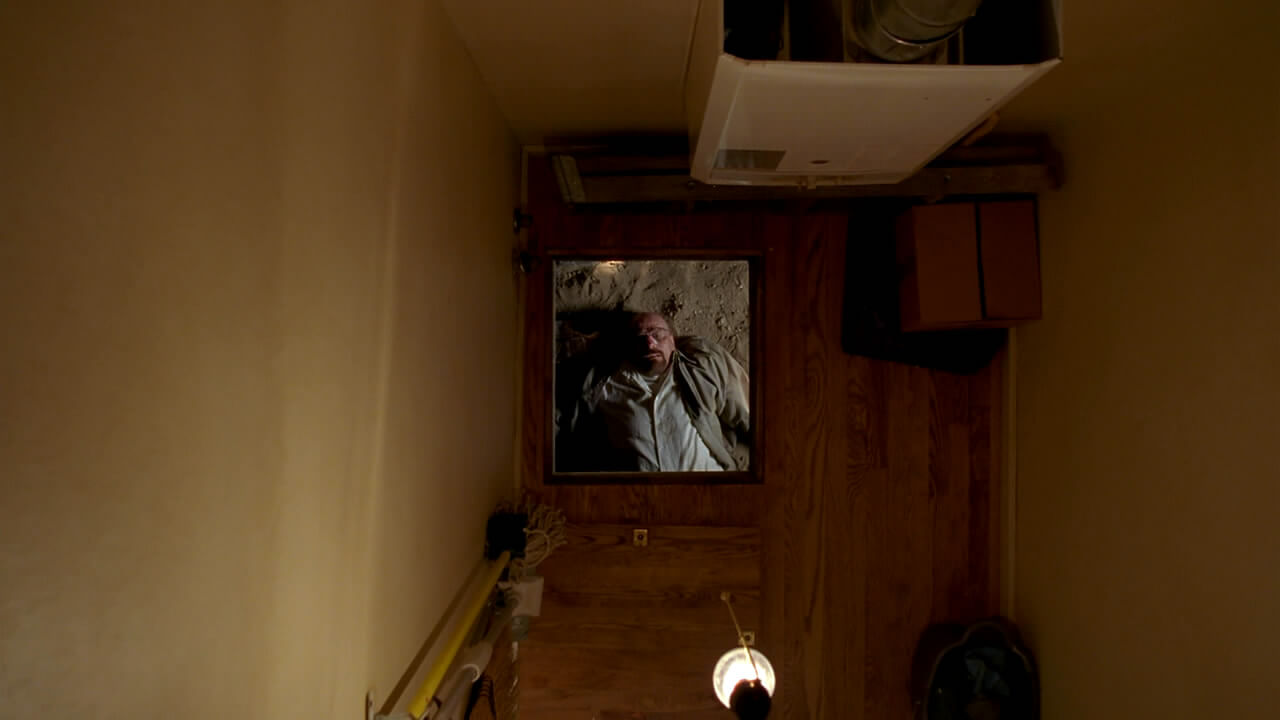 On the other end of the perception spectrum, Breaking Bad offered another perspective: striking shots. With the advent of high-definition, wider televisions, and better systems, the “small screen” could rival on a visual level to its cinematic counterpart. To quote Michael Slovis, the series’ cinematographer:

It just so happened that during the last seven years, widescreen televisions became affordable. And HD became the norm. Now people could see what we were doing and we didn’t have to tell stories in the old style of closeup [then another] closeup. We would have told the story if everybody was watching it on tube televisions. But we were damn lucky that people started watching wide screen HDTVs.

Every frame told a story about the characters on multiple fronts. Lost brought amazing production value to the table, Breaking Bad led the cinematography to another level. The series showed that you could embrace the medium on a visual degree: size doesn’t matter anymore. The story may seem, on paper, small-scaled, but the truth is that the main characters simply cannot be contained in their environment. Even with a middle-aged guy lying in his basement, the drama proved that there are ways to make mundane shots grandiose.

There has been a lot of discussion recently about the state of fandom, especially in relation to larger genre series (most notably Star Trek and Lost). The discussion has mostly revolved around fans’ “sense of entitlement” around what production-related information should be made public. I won’t enter the debate right now, however I wanted to praise the Breaking Bad crew (writers, directors, editors, producers, etc.) for being so open about the process. 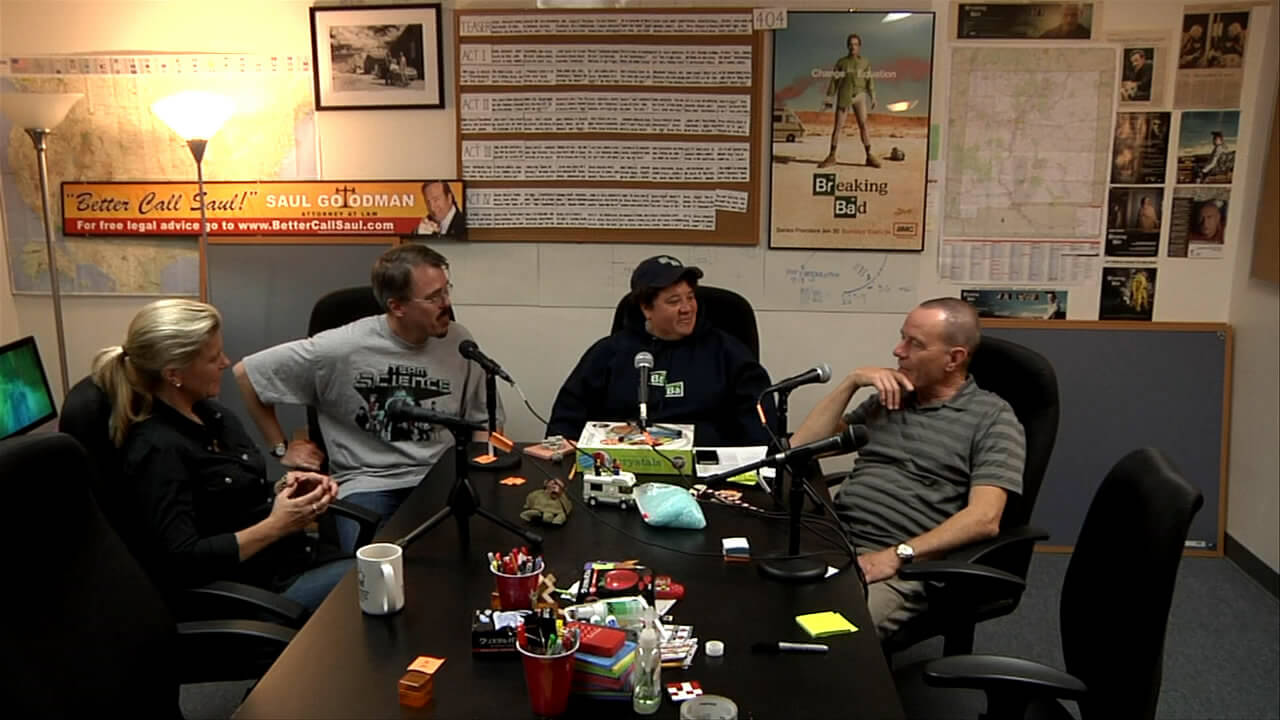 My love for the Insider Podcast is well-known by now. Besides it being amazing from a TV writer’s standpoint, it’s also amazing for what it offers as a fan of television. The last podcast was a great case of that, as Vince Gilligan offered unproduced pitches/storylines from the show.
Television is such a collaborative process that it’s difficult to pinpoint specific idea on specific people, even if the showrunner will usually take most of the credit or the blame. What the podcast offers, in addition to information, is perhaps more important: context. Credit is given where credit is due. Everyone is very open about what they bring to the table in each episode.
A lot of people were annoyed (or amused) by the leaked Lost “ABC bible”, however I’d wager most of these people were not aware of where it fit within the history of the show simply because the blogs reporting on it didn’t provide context. It doesn’t help that bitching about the show and its writers is still in vogue.
But opening the door to the “inside” of a show isn’t about filling a sense of entitlement, it’s about showing respect. For the fans, for the creative process, for everyone involved. Breaking Bad, more so than any show before it, showcased every craft that got put into it. Right down to everyone game to come back to shoot an ad-lib the first AD came up with after wrap. The crew cared about the show, and through their transparency and openness, they shared the love.

Every Bad things must come to an end. It is difficult to say goodbye to such an intense show that, unlike other serialized dramas, piqued most of our interests because of its characters, rather than mythology or plot. 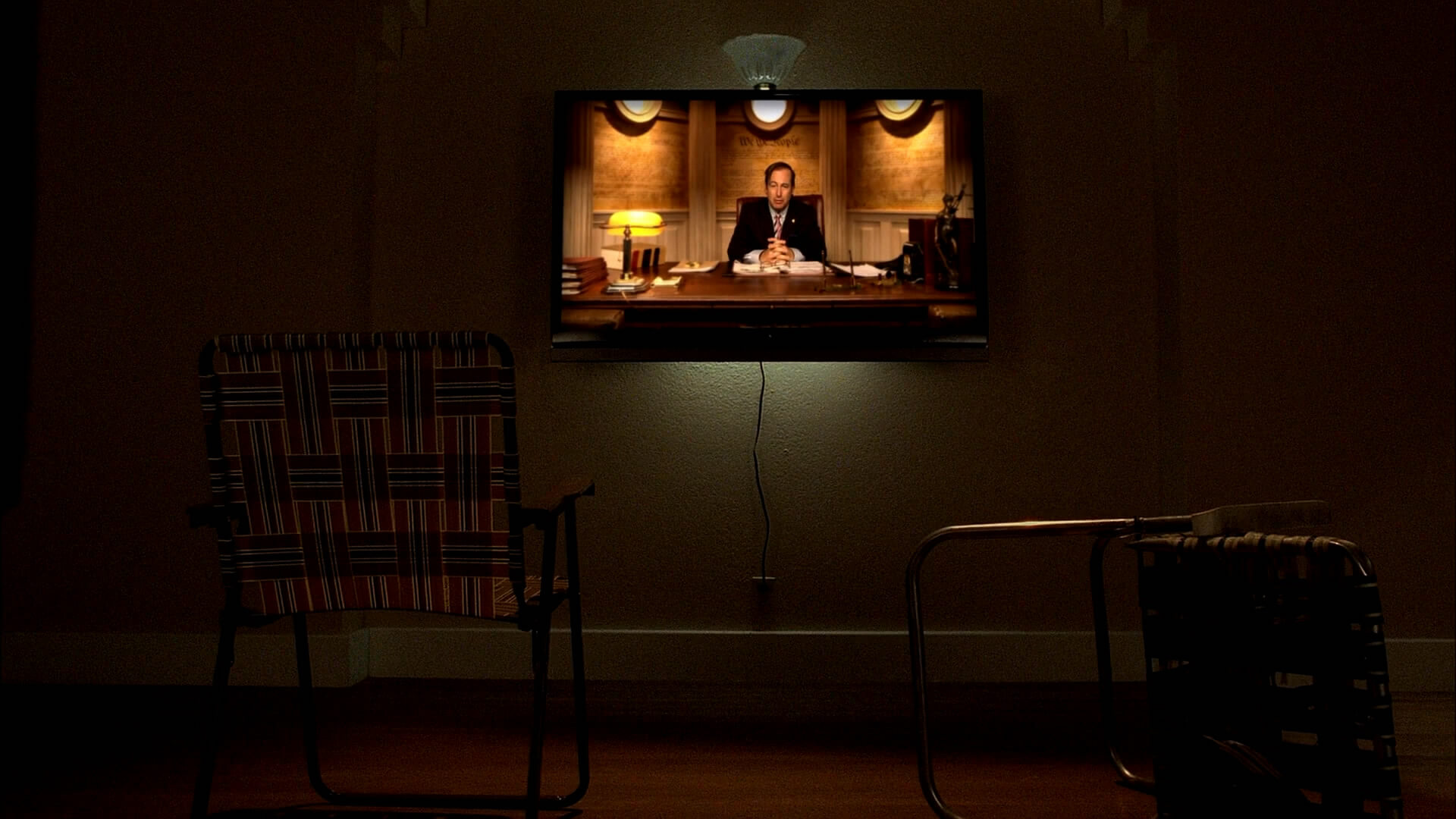 Unlike Lost three years ago, there is no need to “predict” the future of the series. In fact, until recently, the idea that Breaking Bad was any kind of franchise would have seemed ridiculous. And yet, we now know that a Better Call Saul spin-off is on its merry way. Bob Odenkirk recently revealed that the series would actually be darker than one might have previously imagined. I’m definitely looking forward to Peter Gould heading the project, and the black humor that comes with it.

After 62 episodes, it is impossible to summarize the drama in a few words, let alone identify a single thing to remember. From its compelling writing and mesmerizing montages, to striking acting and captivating music, the reach of the show has expanded like the reach of its main character.
The legacy of Breaking Bad is ultimately that of its premise: a successful experiment.

The Failings of Breaking Bad