First post of the birthday week.
This might feel to some like one of those sitcom epis with clip shows of the best moments because writers have become lazy.
Don’t worry though, this is just a blog taking a look back at a year’s worth of random posts, because I’m lazy. 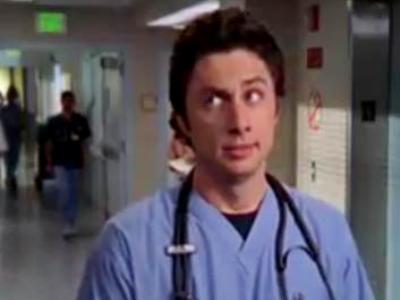 “I know I’d love to forget all the [things] that have happened to me. But unfortunately I keep replaying them in my head like some clip show from a bad sitcom too lazy to come up with a fresh story.“

So much incredible stuff happened in the past year…

Let’s get started with TV.
This year has been marked by crazy actions on this side of the biz.
From CBS to FOX or HBO, we’ve seen some pretty incredible stuff.
Most of all, there was some serious NBC talk thanks to Dumb and Dumber‘s stupid moves, especially moving Leno to the 10PM slot, Mondays thru Fridays.
You can bet I’ll be talking about this more in Wednesday’s post.

Let me get this straight.
You want to change everything from your logo to your slogan, and from the brand to your core audience (you know, the one that made you what you are now). And do all that for absolutely no reason at all (given the channel’s top-10 network status)?

Syfyllis is still a serious condition and just plain dumb.
One very recent Twitter justification was equally as spastic (is that what the cool kids are calling it these days?):

If it’s such a good time for sci fi, why change your network name to SyFy?
To differentiate our brand in an increasingly competitive category where we’re competing in more countries and on a growing number of platforms. For instance, type “scifi” into Hulu search and you won’t get any results from our shows on the first page. Just one example of many.

Continuing on the TV side of things, we’ve seen our fair share of TV Shows throughout the year, including an interview I did with Lost‘s Damon Lindelof and Carlton Cuse.
Some shows were unfortunately cancelled, like The Middleman (my favorite from last summer), others surprisingly not, like Dollhouse. Others meanwhile were fortunately renewed, such as Leverage.
There was also an introduction to this new little ABC show called Flash Forward (now renamed FlashForward, following the author’s original wish).

We talked a bit as well about the Arrested Development movie that shouldn’t come out for another year or two.
In the meantime, you should check out the awesome Arrested Developement documentary (yes there is one) when it comes out (2009?).

Perfect segue to the movie front of the year, which had a lot of…interesting happenings (besides Cannes).
Watchmen was probably the most talked-about film here, followed closely by Star Trek.
Speaking of, Warner Bros. just loved my posting of the epic Watchmen opening sequence and asked Blogger to delete my post with no warning.
Like I said at the time:

I’m not going to post the sequence again for the sake of it, but suffice to say that I’m quite disappointed by the behind-my-back actions taken.
I also find quite ridiculous that said actions were done in the name of the Digital Millennium Copyright Act, let alone the crusade against people posting the opening Watchmen sequence.
Are they afraid people will find it is so awesome they decide not to go watch the rest of the movie?
Even yU+Co was forced to take it down, even though it’s their own company that made the titles.
Quite ridiculous indeed.

Another Watchmen scandal was with its ending.
Squid or no Squid? I asked back in November.
You should know by now the answer (spoiler alert: it’s not like in the graphic novel).
Let’s not forget as well the FOX versus WB case regarding the movie’s rights.
Ultimately, and unsurprisingly, they settled.
No harm done.

What is however a harm (to my brain) are phenomenons such as that Twilight thing.
Remakes of remakes were as well discussed.
And I almost forgot to talk about all the game adaptations, like Monopoly, and Clue.
Where is the originality?
Here it is:
The big talk of upcoming 2009 films must be James Cameron’s Avatar.
You know, the movie I’m saying will revolutionize 3-D.
This is like my own personal TOLDJA! moment regarding 3-D (and Avatar):

I think I called it.

Continuing on the entertainment industry…
We’ve seen our fair share of (not-that-funny) award shows this year, from the Golden Globes to the Oscars.
This year might prove different with either Neil Patrick Harris or Craig Ferguson hosting the Emmys.
That’s epicness right here.

Moving on, there was a lot of talk about technology.
From the floppy disk to Twitter (who had even heard of Twitter a year ago?).
Some talk around the future of entertainment, especially television, has as well been present throughout the year.
Whether it is via Strike.TV in last August, or more re
cently Hulu, with its financial investments.
Yet again, we’ll talk more about this on Friday’s post thanks to a couple of new articles regarding rebranding (SyFy) and broadcast future (NBC and CBS specifically).

Finally, there were changes in the political landscape this year, with the arrival of a new President and the departure of another.
Shifts in the economy as well were felt. Both in the TV industry and elsewhere.
And to finish us off, we shall mention this Lego man, who didn’t after all go on I’m a “Celebrity” (sarcasm quotes not included in original title).

Incredible postings aside, this year was riveting.
More to come tomorrow.

One Year of Featured Posts